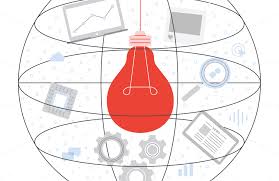 A new world ranking on innovation shows that the United States is losing ground, Asia is advancing, and Latin America is falling off the map. It is a scenario that should cause alarm throughout the continent.

I know, many of you are thinking that in the middle of the COVID-19 pandemic, a worldwide recession and Donald Trump on trial for attempting to subvert U.S. democracy, this is a trivial matter. But it is not.

Innovation is a key factor in predicting the future economy of countries. Increasingly, we live in a post-industrial economy based on knowledge, in which new inventions and intellectual property produce much more wealth than manual labor and raw materials do.

A similar global innovation ranking, index published last year by the U.N.’s World Intellectual Property Organization, put the United States at number three in the world, behind Switzerland and Sweden. But the United States has been losing ground in recent years, in part because of the Trump administration’s anti-immigrant policy that put the brakes on the admission of many foreign students, scientists and engineers.

“While the United States has been the indisputable leader in science and engineering, now we are playing a less dominate role,” Diane Souvaine, president of the National Science Board, said last year.*

Latin American countries are almost at the bottom of Bloomberg and WIPO’s innovation rankings. Brazil is in the highest place in Bloomberg at 46, the same place it held last year. Argentina is in 51st place, below where it was last year; Chile, at 54, fell three places in comparison to last year. Mexico is not even on the list.

Many Latin American leaders say there is no money to invest in innovation. But this is the wrong way to look at it. South Korea was much poorer than the majority of Latin American countries only 50 years ago and it developed precisely because it invested in innovation, science and quality education.

Worse still, some Latin American leaders, like Mexican President Andres Manuel Lopez Obrador, distrust technology, as if they could stop the march of progress.

In November, while visiting a food plant, Lopez Obrador said that he was concerned to see “everything automated, robots everywhere,” and it’s possible to create many more jobs building roads. That form of thinking is a recipe for going backward, because it renders countries increasingly less competitive.

The new innovation ranking should receive much more attention soon, because once the COVID-19 pandemic is under control, the global competition for new and more sophisticated exports will increase. The countries that don’t innovate will fall even further behind.