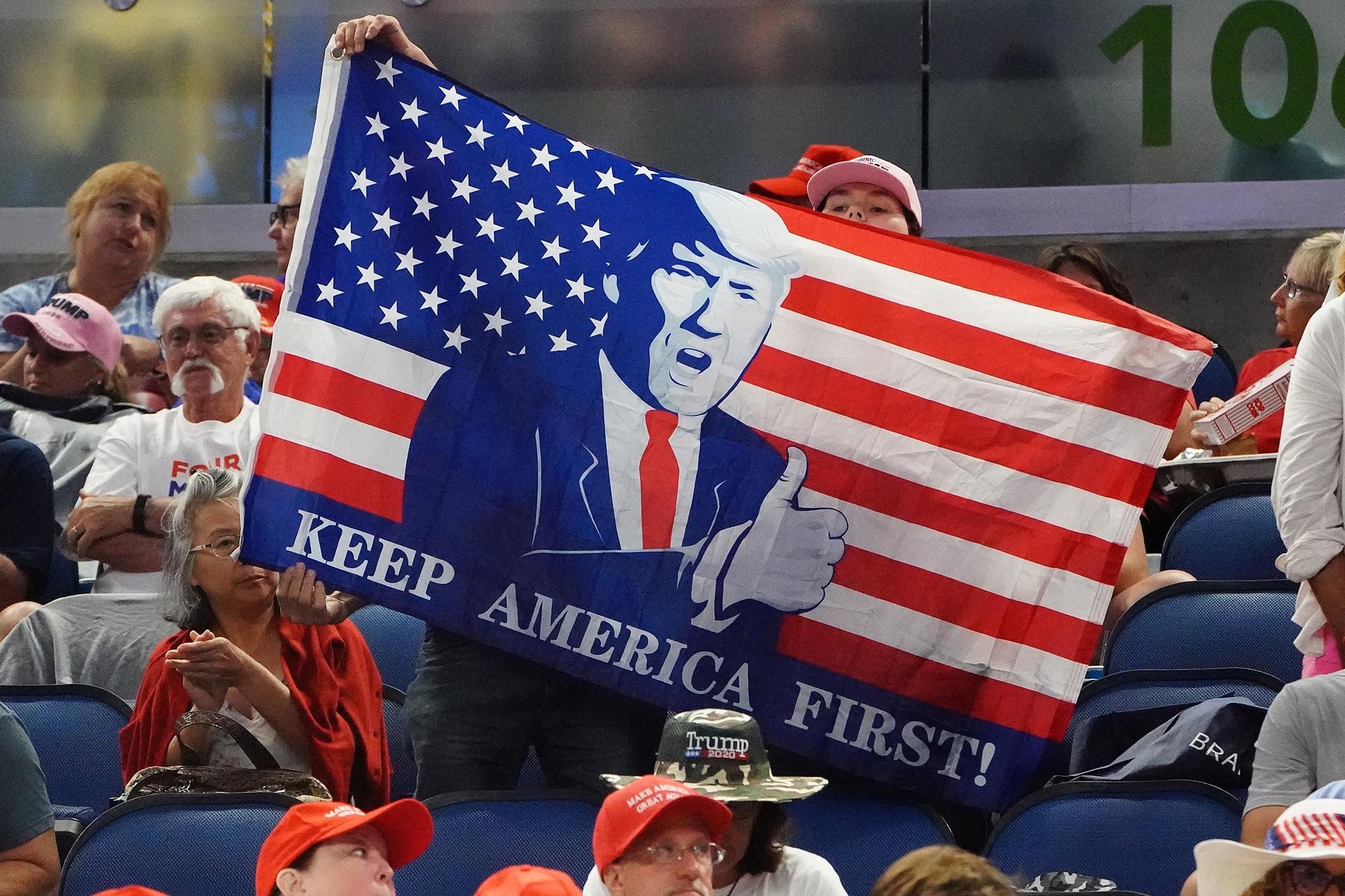 You might be interested in what Donald Trump is doing nowadays, other than playing golf at his home in Florida and defending himself against the Democrats’ absurd attempt to impeach him retroactively.* Trump is figuring out whether to return to social media by choosing an existing platform or creating his own network.

There is no doubt that Trump (or Trumpism) has not given up and is preparing to continue the fight. It could not be any other way. Data from last month’s Rasmussen poll showed that if the 2024 presidential election were held today, 23% of Americans would vote for Trump’s hypothetical “Patriot Party,” and only 17% for the Republican Party without Trump. Some 46% of voters would support the Democrats and 14% are undecided. In addition, a poll by NBC showed that 7 in 8 Republicans support Trump.

Here’s some food for thought; the death of the Republican Party without Trump and his ideology, and the very real possibility of victory for his ideology and its party (of course, in a fair election, unlike the one in 2020).

Therefore, even if Trump is tired, there are many people ready to lend him a shoulder. For example, Donald Trump Jr. has emerged to tell the American people that his father will not leave politics, and Eric Trump has assured everyone that “the best is yet to come.” There are many others congregating around the “Office of the Former President” that their father opened. Perhaps this is the beginning of that “Patriot Party” or the future epicenter of an overhauled Republican Party.

Today, we can sum up this matter by asking the familiar Russian question: Where to begin? With social media, it turns out, because social media played a particularly distasteful role in recent U.S. events.

In brief, the planned coup looked like this: In early 2020, the polls said Trump was winning. Nevertheless, social media played a role in creating a global panic, promoting the idea of indefinitely locking down entire countries to fight COVID-19. Trump was accused of interfering with lockdowns and endangering the American people’s health. This had little effect; Americans still voted for Trump in 2020. Then, the information technology giants showed off what they were capable of and activated ways to ensure the sudden appearance of many additional votes for the Democrats.** But this was not totally successful since the fraud** was too explicit to go unchallenged, so the same information technology giants dealt the final blow, disconnecting Trump from social media, putting him in information isolation.

In the Middle Ages and slightly later, this was called defenestration – and involved tossing political opponents out the window of a town hall. Today the term “de-platforming” has emerged, meaning that private companies are able to suspend users on social media at some appropriate time.

Trumpism won in 2016 by taking advantage of social media like Twitter and Facebook. By 2016, three-fourths of the mainstream U.S. media had fallen under the influence of the Democratic globalists. However, after 2016 and under Trump, a conservative wing of the media was either created or became more influential, from the old Wall Street Journal to the new Epoch Times. With that, the unexpected occurred. The media and social networks were supposed to play a key role in a subversive action conceived by the globalists beginning in the 1990s. That action included the turning the population into morons, destroying traditional society, and transforming people into controlled consumers. Suddenly, however and albeit ineptly, the media took advantage of the forces that were fighting this creeping coup of the left. At this point, the information technology giants turned switched on censorship to de-platform whomever they wished.

So, where to begin? Two Republican states, Florida and Texas, have launched legislative initiatives to force social media to disclose criteria for censoring users’ postings in advance. Other states have since become interested in the effort. The plans call for advising a user in advance about which social media network the user is joining and the ability to choose among them. Furthermore, the legislation calls for a fine of $100,000 per day for suspending the accounts of candidates during an election, to run until access is restored.

It couldn’t be easier to enforce basic human rights such as freedom of speech on social networks.

That is, if social networks want to return to the original premise that they are neutral platforms for one and all, not tools of mass deception.

It’s worth remembering here that traditional media abide by the law and, crucially, can be biased. They can refuse to publish and still be held responsible for content. On the other hand, social media began as a broad field, which, as it turns out, was controlled by someone.

However, there’s another issue. Tech giants that run social networks suddenly turned out to be so huge that regulation in Texas and Florida, and elsewhere throughout the U.S. no longer frightens them. Accordingly, discussions are underway to force the breakup of information technology giants through antitrust action.

At the moment, it’s useful to remember that social media are not just a problem in the U.S. In fact, on the other side of the Pacific, China is also dealing with a similar problem: The giants are too gigantic. Beijing has adopted a legislative framework for a whole host of future laws. Pursuant to this regulation, a particular platform, for example, would not have the right to block user access to another network or charge different prices for the same services offered by another platform. After all, the information technology giants are not only about political brainwashing; they can also siphon money through their monopoly. But these companies can and should be broken up into smaller entities, and a variety of such initiatives have already been launched in China, presenting an interesting international situation.

With respect to the U.S., it will be interesting to see if Trump can create his powerful social media network before legislation curbs the monopolists. To reiterate, however, he is not alone, because half the country is Trumpist. And so, for example, Candace Owens, a brilliant and eloquent young Republican star, has announced the creation of her own project, Fact-Check Zuck, (at the moment in embryonic form) which for the most part will refute the disinformation from the Democrats.

*Editor’s note: The Senate found Donald Trump not guilty on Feb. 13 of a single article of impeachment that charged him with inciting the Jan. 6 insurrection at the U.S. Capitol.

**Editor’s note: This information is misleading and may be false as it has not been verified. No evidence has been produced to show there was any fraud in the 2020 presidential election sufficient to have changed the outcome in favor of Joe Biden.

About Nikita Gubankov 55 Articles
Originally from St. Petersburg, Russia, I am currently a student at University College London, UK, studying for an MSc in Translation Technology. My interests include history, current affairs and languages. I am a keen translator from Russian into English and vice-versa, and I also translate from Spanish into English.