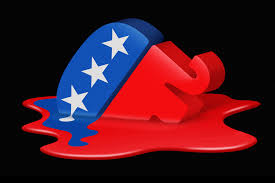 On Saturday, Feb. 13, the U.S. Senate acquitted Donald Trump on impeachment charges for a second time. This decision hinged on the Republicans, whose members supported the former president even when there was overwhelming evidence for conviction.

One would think that these days spinelessness is a virtue in the Republican Party. Indeed, cowardice will henceforth be its defining trait after acquitting Trump a second time.

Trump stood accused of “inciting insurrection” for allegedly encouraging his supporters to attack the U.S. Capitol on Jan. 6. This event was precipitated by Trump’s challenge of a perfectly transparent election that he lost. The challenge failed.

This makes it twice that the former businessman has evaded undeniably serious charges. To recount: the attempted blackmail of a foreign power, Ukraine, by threatening to withhold military aid unless Ukraine produced compromising material on his rival, Joe Biden; and then an attempt to obstruct the legitimate transfer of power after clearly losing the election, an attempt which violated one of the founding principles of American democracy.

If such grievous moral and political misdeeds had been committed by a Democrat, the GOP would have been justified in vehemently denouncing them in the name of Abraham Lincoln. Yet, both times the Republicans chose party over country and tribalism over republic. The party of individual responsibility has become a party where no one is held accountable for anything, and the champion of law and order will tolerate every ethical breach from now on.

The Republicans should now reject the “cancel culture” that the Democrats accuse them of, which has pushed the country to the edge of an abyss by disputing a totally fair and open election. It is the very party that is censuring, condemning and trying to eject its own conservative members who had the courage to speak out against Trump’s behavior. The sad truth is that Trumpism has become a cult that is able to threaten its opponents by mobilizing its base.

The Republican Party’s refusal to condemn Trump in the face of overwhelming evidence makes it a victim of its own worst impulses. It is represented by a new generation of politicians who know only a scorched earth strategy, who label any opponent as the enemy, or even the enemy of the people as the Republicans fondly imagine them to be.

Still more disturbing than this takeover of the party is the normalization of violence among the party’s ranks. Several studies over the past few months by the American Enterprise Institute, the Public Religion Research Institute and Vanderbilt University have documented this process. The Republican Party believes that violence is justified by a perceived threat to “the American way of life,” which in reality is the threat to a white majority, itself built up by successive waves of immigration. This acceptance of violence is fed by members of the media who recognize the existing hatred, which they dress up as a legitimate opinion.

This wreck of a Republican Party spells bad news for America, which can only proceed on two political legs. The Grand Old Party has now become the sick man of U.S. democracy.