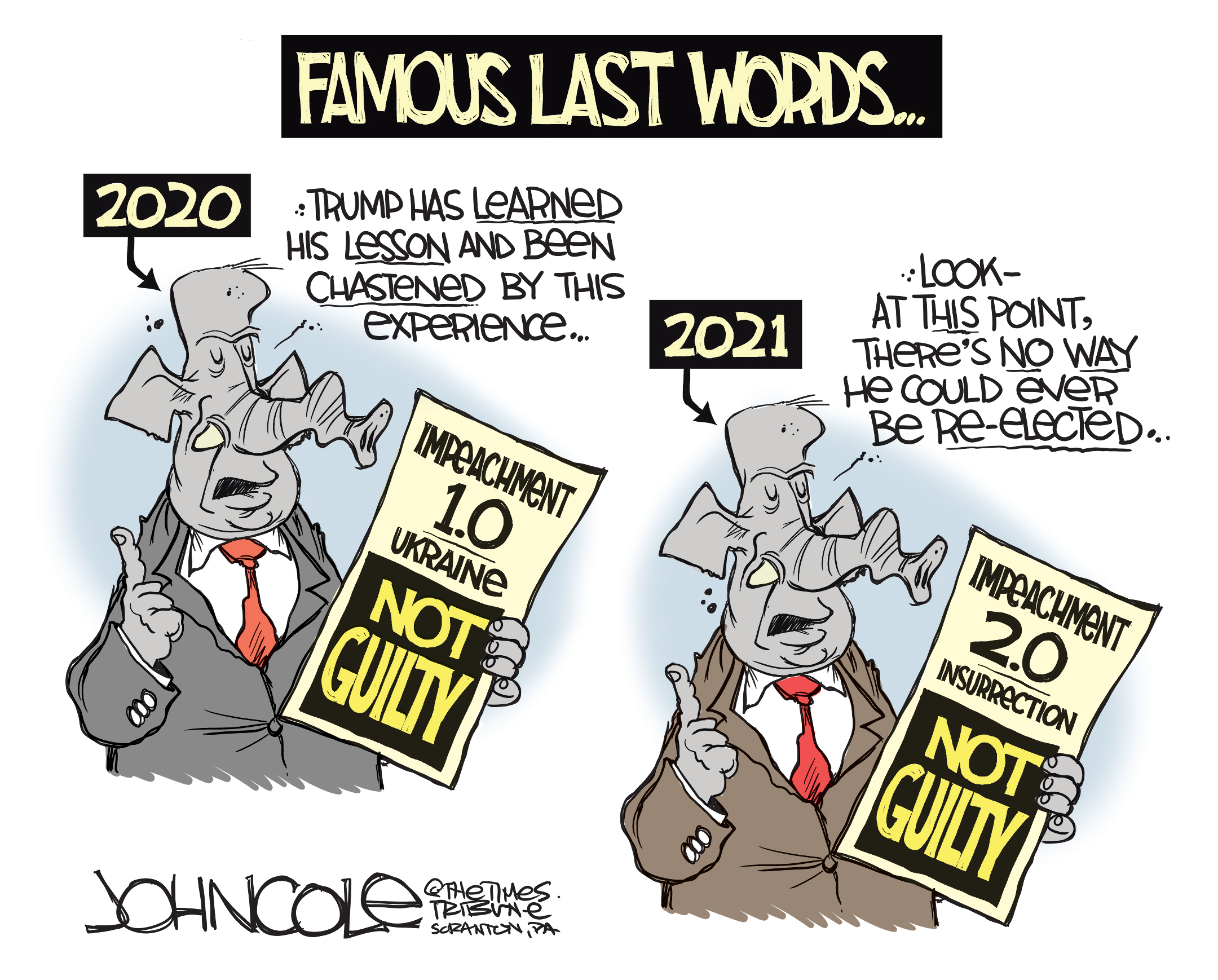 There is a lot going on, but it is clear that Trump is going to be around for a while.

As the majority of analysts predicted, the former president of the United States, Donald Trump, was acquitted this past Saturday* in his second impeachment trial in the U.S. Congress. The Democrats were not successful in adding enough Republicans to get to two-thirds of the Senate in their attempt to sanction him and disqualify him from running for future office. Only seven Republicans voted in favor of finding the previous occupant of the Oval Office guilty.

Thorough, minute-by-minute reconstructions of the events that took place this past Jan. 6 were done by the prosecutors — Democratic representatives from the House. But these reconstructions did not serve their purpose. It was made quite clear that what occurred that day was very serious, that it was to a great extent coordinated and that it was very close to producing a bloodbath — beyond the five people who died. However, in the opinion of the Republican senators who voted to find Trump not guilty of inciting the insurrection, it was not sufficiently demonstrated that those who broke into the Capitol did so in strict obedience to orders and to a plan orchestrated and directed by the man who was, at that time, still the U.S. president.

After learning about the results of the vote, many questioned the extent to which the stance of Trump’s supporters is because of their evaluation of the evidence, and how much because of their calculation of election prospects. Many who voted for these senators are also Trump supporters and would be inclined to punish them in the next election, spurred on by Trump.

Another question mark this episode leaves behind has to do with the future of the Republican Party. There is a split between Trump supporters on the one side and on the other, those who identify with the party’s ideals. But, like the seven senators in question, they know that the danger it embodies for democracy is starting to show on the horizon. There is a lot going on, but it is clear that Trump is going to be around for a while.

About Tom Walker 225 Articles
Before I started working as a translator, I had had a long career as a geologist and hydrologist, during the course of which I had the opportunity to work on projects in Mexico, Chile, and Peru. To facilitate my career transition, I completed the Certificate in Spanish-English Translation from the University of California at San Diego. Most of my translation work is in the areas of civil engineering & geology, and medicine & medical insurance. However, I also try to be aware of what’s going on in the world around me, so my translations of current affairs pieces for WA fit right in. I also play piano in a 17-piece jazz big band.