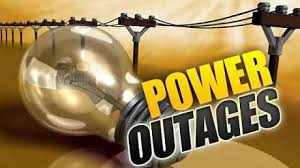 In the oil state of Texas, of all places, the electricity fails for days in the bitter cold. The U.S. state has an isolated power grid that does not allow imports. The example shows that Europe must not stand still when it comes to expanding international electricity networks.

How is it possible? In one of the largest oil and gas-producing countries in the world, the electricity fails. Not for a few hours, but for days. We are not talking about Venezuela, but about Texas. In the middle of an exceptionally harsh winter, almost 5 million people are affected, burning their furniture or sitting in their cars with the engine running so as not to freeze to death.

Guilty parties are identified depending on attitudes and interests. Climate scientists point to the warming of the Arctic, which has the paradoxical effect of directing cold air to the south. That’s right, but in Germany, which was also affected, trains are canceled but the electricity is still flowing. Critics of alternative energy point out that Texas has been relying increasingly on wind power since 1999. Yes, some wind turbines have frozen, but gas pipelines and gas-fired power plants also failed. Even a nuclear reactor had to be taken offline because of the cold.

The left blames capitalism. Texas has a completely deregulated electricity market, which means that Texans pay only half as much for electricity as Californians. In return, the electricity suppliers have saved on reserve capacities. The consumers are now receiving the bill. However, even in California, where the electricity market is more strictly regulated, the lights go out again and again as forest fires, heat waves and storms become more frequent.

The most important reason for the catastrophe is likely to be that Texas has its own autonomous power grid and could not meet the additional demand due to the cold with imports. Fortunately, in Europe there is the European interconnected system, an electricity network that connects all European Union members except the Scandinavian countries and Cyprus, and also Turkey, Morocco, Tunisia and Algeria. The system, while not perfect, is more reliable than any other.

“Why nuclear power? With us the electricity comes from the can!” This was a slogan hatched by the nuclear lobby against the widespread “Nuclear power? No thanks!” badge. Today one could say against the new nationalists: “Why Europe? With us, the electricity comes from the can.” Anyone who speaks of the term “nationally solo” should look to Texas. If there are soon to be smart and super grids to bring wind power from the North Sea and solar energy from Algeria to Munich, Stuttgart, Prague or Budapest, then supranationalism is even more in demand. The power knows no boundaries — or shouldn’t know them. Climate change doesn’t.