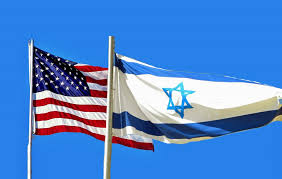 Foreign policy in the United States has a tradition of continuity. Recent government statements suggest this tradition will apply to U.S. relations with Israel, but there are two things that could still damage the relationship: hatred for Trump, and the rising power of the far left in the Democratic Party.

In the last two weeks, we have become better at recognizing the balanced approach of the Joe Biden administration regarding its connection with Israel and Middle East issues in general, and so far, the picture is one of mildly frosty relations. The new administration is still coming together and the signs, both positive and negative, are still percolating. So, for example, the administration decided to leave the embassy in Jerusalem right up against deciding to reopen the American consulate in the eastern part of the city, that is to say, a consulate for the Palestinians. Secretary of State Antony Blinken’s statement that America recognizes the security value that the Golan has for Israel was positive, but adding that the United States does not recognize Israel’s sovereignty there, in contrast to the Donald Trump administration’s acknowledgment of sovereignty in Golan, was negative. Moreover, the American declaration criticizing the International Criminal Court in The Hague on the subject of Israel and the territories was positive, but perhaps, in order to strike a balance, the United States decided to return to the United Nations Human Rights Council, whose principal occupation is to defame Israel and from which the United States withdrew during Trump’s term. Still, for now, the United States has returned to the council only as an “observer” without voting rights, which will allow it, as the cynics say, to keep its hands clean if the council continues its anti-Semitic tradition.

The Biden administration is not only engaging in mildly frosty relations with Israel, it announced, for example, that it will stop giving aid to Saudi Arabia for the war against the Houthis in Yemen, and it even withdrew the designation of the Houthis as a terrorist organization. On the other hand, the administration made it clear to Riyadh that it does not intend to harm its military and security ties, which are beneficial to the American market.

American foreign policy has a certain tradition of maintaining continuity under the different focal points and nuances that result from changes in the world map and from changing circumstances. This is also true regarding Israel, which became an ally and a strategic asset after the Six-Day War. The pronouncements coming from Biden and his people suggest that this tradition of continuity will remain, but there are two things which could interfere: the deep hatred for Trump characterized by an almost obsessive opposition to everything he did; and the rise of the progressive far left in the Democratic Party, a faction that Biden seems to be increasingly enamored with, if only, perhaps, for strategic reasons.

Even if everything isn’t rosy, it’s not completely bleak either, as commentators on the right and left, who describe the Biden administration as “anti-Israel” seem to think. First, this is an imprecise characterization of the president. And second, it’s not very smart, because we will have to work with this administration for the next four years.

Following Biden’s foreign policy speech, which dealt mostly with China, Russia and the coronavirus, etc., but did not touch upon matters of Israel and the Middle East, many observers concluded that the issue is not at the top of Biden’s priority list, or that maybe he has not yet formulated a plan. But there could be another explanation; that he already has a clear position and is therefore keeping it shrouded in secrecy. If this assumption is correct, Israel and the Arab states are likely to find themselves facing a chain of troubling facts regarding Iran despite the administration’s promise that it will consider the positions of U.S. allies in the Middle East before a final decision is made about Iran.

A less pressing issue for Washington is the Abraham Accords between Israel and an important part of the Arab world. Prime Minister Benjamin Netanyahu’s peace policy, with its concrete support for President Trump, changed the face of the Middle East for the better in an unprecedented way, including from the perspective of America’s geopolitical interests. Not all of Biden’s supporters will agree, but at this point, they are constrained from coming out against what was achieved and must be content with criticizing the seeming neglect of the Palestinian problem and disparaging the Arab Emirates. As opposed to the Iranian issue, there is a possibility that at least on this subject, traditional continuity will rise above the wish to overshadow precedent and start over.