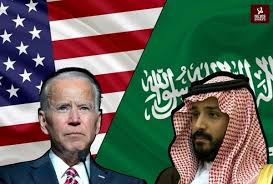 The Jamal Khashoggi case entails more than murder. In the consulate of a country, a citizen of that country was brutally murdered pursuant to extraordinary planning by his country’s authorities. Khashoggi’s murder is murder by a tribal state. Everybody knows, therefore, that Khashoggi’s killing was carried out according to Saudi Crown Prince Mohammed bin Salman’s orders and instructions.

Prepared by the U.S. Office of the Director of National Intelligence in 2018, the report, “Assessing the Saudi Government’s Role in the Killing of Jamal Khashoggi,” was not released by the Donald Trump administration for political reasons; it was published by Trump’s adversary, President Joe Biden. The report states, “We assess that Saudi Arabia’s Crown Prince Mohammad bin Salman approved an operation in Istanbul, Turkey, to capture or kill Saudi journalist Jamal Khashoggi.” Former President Trump did not release the Khashoggi report at the time, asserting it was an issue that related to U.S. interests. Trump explained his decision to withhold the report at the time by saying he loved oil very much.

When the main person responsible for murder is the de facto leader of a country, it means that this country is in fact being held as a political and economic hostage. The Khashoggi affair was placed on the back burner during Trump’s term to be used as future collateral and blackmail.

After the Khashoggi report was released, the Biden administration decided to cautiously restrict and sanction Saudi Arabia. The names of the 21 Saudi citizens thought to have taken part in Khashoggi’s murder were also published. Despite the report’s determination that the crown prince clearly gave the assassination order, the U.S. has not issued a decision to sanction him.

On the other hand, it was revealed that three of the names announced to the public in the Khashoggi report were taken out of the report’s second version when it was updated on the same website. While 21 names connected to Khashoggi’s murder show up in the first version of the report, that number decreased to 18 in the second version.

The U.S. does not anticipate imposing sanctions on the crown prince, the No. 1 perpetrator in the murder of Khashoggi, a crown prince who gave the assassination order and instructions, employed the death squad, and used the levers of the state to carry out the murder. The U.S. anticipates sanctions on Salman’s subordinates, who are also his pawns. It is useful to examine the imperialist subconsciousness that the U.S. revealed during the Khashoggi case. It means that imperialist hegemons have no concern with justice, judiciousness, democracy, the rule of law or human rights.

America is an imperialist country aware that it owes its current global position to all the power it has seized. Therefore, its standing is based on its power and interests that are determinative of its foreign policy. The concepts of democracy, human rights, freedom of speech and the rule of law are tools that imperialist powers use to crush targeted countries. America’s strategy in its last invasion of Iraq was to persuade the world there was a threat of biological, nuclear and chemical weapons of mass destruction.

The justice, freedom, peace and democracy imposed on weak countries are not human rights, but American interests camouflaged as human rights. In this sense, defending and spreading democracy is a strategic part of American national interests.

Europe once interfered to bring “civilization” to Africa, the Americas and Asia. As the current imperialist power, the U.S. is intervening to bring “democracy and human rights” to weak countries.

The Khashoggi affair has demonstrated that nothing new has changed in the West.