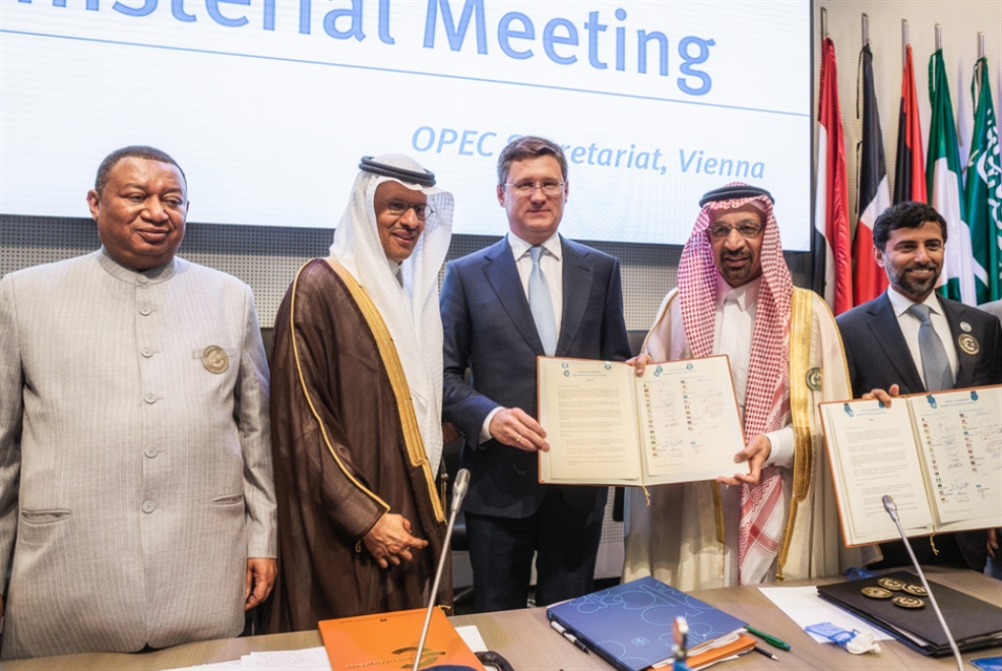 The administration of President Joe Biden is continuing to carry out the policy laid down by former President Donald Trump, who called for price cuts whenever oil prices were on the rise. Then, when prices collapsed, he threatened Saudi Arabia with withdrawing military protection if it did not cut production to raise prices. This is the same policy of blackmail that the White House is currently pursuing, albeit to a lesser extent. If the Russians decide once again not to lower production, it will lead to a new oil price war.

On the eve of the launch of the third ministerial meeting of the OPEC+ coalition yesterday, the United States returned to the practice of blackmailing its Saudi ally, highlighting the importance of “affordable energy.” This is because America fears that the oil alliance will increase production, which is already regulated, and prices will drop to levels that will harm the high-priced U.S. industry. In the context of Saudi embarrassment, which was clear during the appointment of Energy Minister Abdulaziz bin Salman, the Kingdom has called for a cautious approach due to market turmoil that is “far from complete.” This call was met, on the other hand, by the Russian’s desire to increase production. Taking into account both perspectives, the meeting was able to reach a compromise whereby the group will gradually increase production, starting next month, by 350,000 barrels per day. The same increase will apply in June and production will be increased to 400,000 barrels per day in July.

Under this agreement, the volume of voluntary cuts implemented by OPEC+ since the collapse of oil prices in 2020 will reach a little more than 6.5 million barrels per day as of May, compared to the current cuts of just under 7 million barrels per day. After the meeting, the Saudi Minister of Energy expressed his belief that “what we did today is a very conservative measure,” adding that production levels may be subject to modification in the upcoming meeting on April 28. Noting that the decision was not influenced by talks with U.S. officials, the Saudi crown prince said that the Kingdom will gradually phase out its additional voluntary reduction of about 1 million barrels per day. Despite these assurances, it is clear that the Biden administration has decided to follow the policy of former President Donald Trump, who pressured Saudi Arabia to establish the April 20, 2020 agreement (that put an end to a devastating price war led by Saudi Arabia and Russia and resulted in an unprecedented reduction in oil production by 10% of global output).

Today, a year after the agreement and following the handover of American leadership, it seems as if nothing has changed. This was only further proven when U.S. Energy Secretary Jennifer Granholm reached out to her Saudi counterpart to “reaffirm the importance of international cooperation to ensure affordable and reliable sources of energy for consumers.” The news of the call coincided with indications that there was a change in the trend of informal discussions between OPEC+ members, following another call between Russian President Vladimir Putin and the Saudi crown prince. A few days ago, delegates stated that the Saudis would likely keep most of the current production cuts as is given the uncertainty surrounding demand expectations amid a new wave of closures related to the COVID-19 pandemic. However, in the last 24 hours, following the meeting’s kick-off, sources told Reuters that the talks had shifted toward a possible increase in production.

Accordingly, the Saudi energy minister described the trend in an introductory speech, in which he said that “the global picture is far from even, and the recovery is far from complete,” indicating “signs of meaningful improvement” on the demand side, but adding that “the sea remains rough,” and reiterating the “cautious and restrained approach” of the Cartel. For his part, the Russian Deputy Prime Minister Alexander Novak, who is in charge of energy and who also spoke at the beginning of the meeting, gave a speech that was more optimistic than his Saudi counterpart. He welcomed the “results” of vaccination campaigns around the world, noting that the market had “considerably improved” and estimated the current market deficit at 2 million barrels per day.

But, after a better start to this year than last year, followed by a third wave of infections across Europe and the rapid spread of the coronavirus in promising markets with high demand for crude oil, such as India, the morale of most producers has significantly weakened. In its last report in mid-March, the estimates of the International Energy Agency were grim. After the health crisis, it is expected that global demand for oil will need two years to recover to pre-crisis levels, according to market predictions.