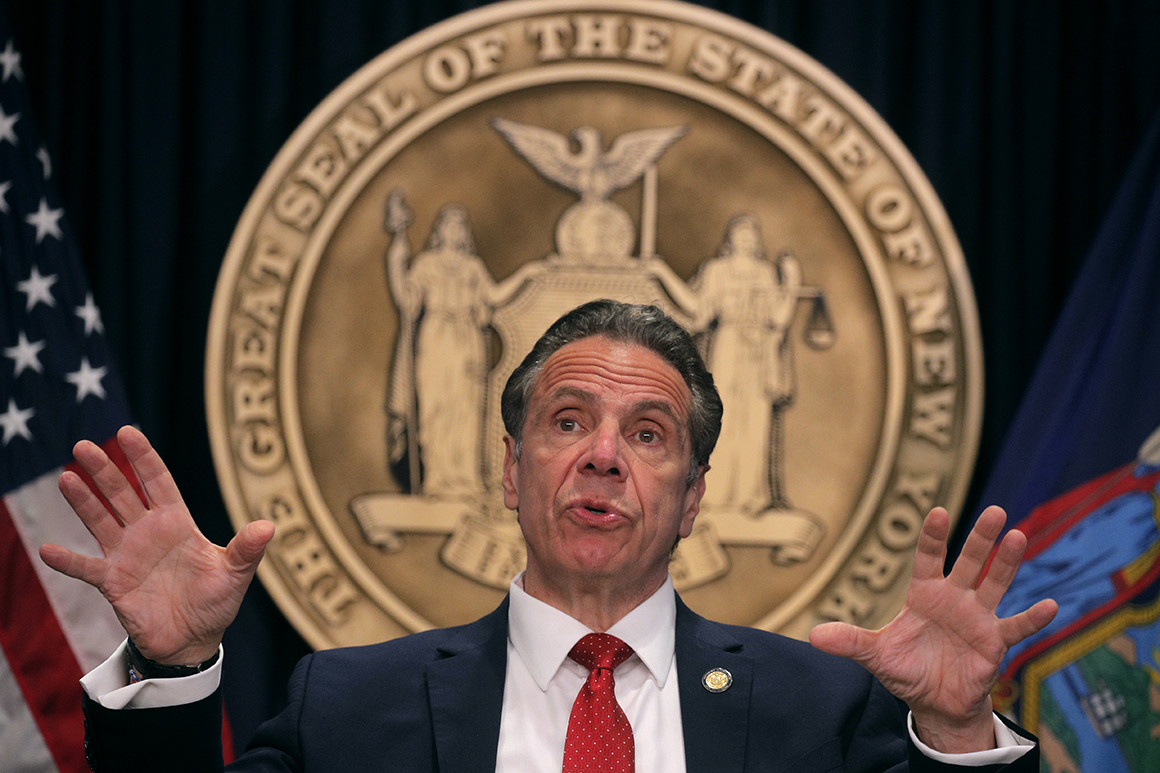 Because almost all of us were at home, the first lockdown last year reminded us of television’s greatest strength — its ability to create a shared experience by bringing a large number of people together at particular times.

For months, many of us around the world — just like over 50 million Americans — watched New York Governor Andrew Cuomo’s daily press briefings while New York, at the beginning of the pandemic, was the epicenter of the COVID-19 pandemic in the United States. These press briefings were obviously of international interest, but thanks to their live broadcasting, notably on CNN — and therefore in more than 200 countries and territories — they became worldwide must-sees.

Every day, Cuomo gave us a master class in political communication. His remarks contained enough personal anecdotes to further humanize this thing that we did not yet understand, and they were interspersed with enough graphics and pictures to illustrate its gravity. Several leaders very quickly copied the Cuomo style, confirming the influence of the man that many hoped to see in the American presidential race.

And while it is true that giving good press briefings is important for a politician, it is no less true that it is the least of things, especially for a governor who, before his three terms in office, was the campaign manager for his father, Mario Cuomo, in the 1980s, was assistant secretary of housing and urban development under the Bill Clinton administration and was elected attorney general of New York in 2006.

But, as is now all too often the case, we have turned a politician into a celebrity and a normal situation into a phenomenon.

An International Emmy Award, front covers of major magazines, profiles in the most major newspapers near and far, his best-selling book on leadership and crisis management written in the middle of the pandemic, horns and trumpets — the media has treated Cuomo in a way that should have been reserved for those who developed the COVID-19 vaccine. But the bar was very low. In 2020, the United States was under the leadership of an unimpressive person who did not know how to handle the crisis, how to listen to scientists or how to acknowledge the pain of those in grief. As the world needed a leader to set the tone — a role that the president of the United States has often played — we made do with a governor.

By exaggerating his accomplishments, we fed the ego of a man who now thinks that he is untouchable and safe from it all. The allegations of sexual harassment and misconduct that Cuomo has faced since February* would have Chernobilized most politicians. Several have packed their bags over much less. And on top of his nine accusations — that the governor denies — there is also the leaking of data indicating a worrying number of deaths in nursing homes in New York. But Cuomo is defying the almost unanimous calls to resign from the big names of the Democratic Party.

Should Cuomo resign? No. But to ensure good governance, beyond distractions and suspicions, he would be wise to step back, working behind the scenes in a secondary or tertiary role and letting his lieutenant governor, Kathy Hochul, run the state while a complete investigation tells us if he is innocent or not.

A recent poll showed that Cuomo’s approval rating was above 50%. That is a rating that some politicians can only dream of, even though they do not have a shadow of controversy around them. This implausible rating reflects our obsession with crowning kings who are not kings, with calling people who have no supernatural powers superheroes, and with using the word “icon” excessively. The image of an all-powerful monarch who is heir to a dynasty is what Cuomo had to sell, and he found a buyer.

Could it be possible that our attraction to celebrity cuts into our clarity? And what about the progress over the last two years with #MeToo? Progress that is most apparent in our heightened sensitivity to alleged victims, at least during a trial or an investigation.

When giving Cuomo an International Emmy last year, the International Academy of Television Arts and Sciences emphasized that “The governor’s 111 daily briefings worked so well because he effectively created television shows, with characters, plot lines, and stories of success and failure.” Except that we are not talking about a fictional series like “The West Wing,” but in fact about press briefings during a pandemic which, at its height, was killing 500 people a day in New York, a place that would be the 10th largest economy in the world if it were an independent nation.

Does this confusion between fiction and reality explain how the most powerful country in the world found itself with a reality television star as commander-in-chief? The media coverage that Cuomo continues to receive in the Canadian press is a sign that even we have this appetite for political spectacle. With possibly more than one election in the coming months, let us hope that this hunger does not get in the way of competent candidates who lack a theater director’s abilities.

*Translator’s Note: Cuomo has faced allegations since December 2020, but the New York Attorney General announced in February that an investigation would be opened.