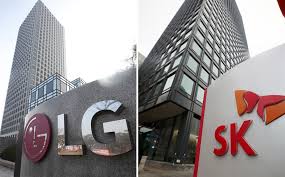 In many ways, it is fortunate and lucky that the battery dispute that has been dragging on between the LG Chem and SK Innovation firms has now settled. The hundreds of billions of dollars in litigation fees aside, during the time that both companies have stuck to the lawsuit, the intangible loss has been sizable, as the companies yielded their premier global position to Chinese companies and made room for European companies to encroach on the market. Although belated, this settlement must be taken as an opportunity for the ‘K battery’ to beat its competitors and once again widen the gap between them.

However, we have to think that this settlement was made as an involuntary surprise move at the last minute, done because of pressure behind the scenes from the U.S. government. President Joe Biden couldn’t veto the verdict that prohibited imports by SK for 10 years due to an infringement of confidential business information, but he also couldn’t let them take their American factories to Europe. So, the United States tried to encourage a settlement at every opportunity through various channels such as the U.S. trade representative. It was reported that this issue was even raised at the U.S.-South Korea security chiefs’ meeting at the beginning of this month. This is why the recent LG-SK settlement was described as “a victory for President Biden” by The Washington Post, and Reuters quoted Biden calling it “a win for American workers and the American auto industry.”

The point to pay attention to here is that the United States is taking care of its national self-interests thoroughly enough to intervene in a lawsuit between two Korean companies, with China looming in the background. The United States is attempting to seal off China and build up a global supply network for key strategic materials like batteries and semiconductors in international trade and economy with the Quadrilateral Security Dialogue between the United States, Australia, Japan, and India as central to its move. By first removing China completely from the network of strategic material supplies that links South Korea, Japan and Taiwan, the United States hopes to gain control over the competition with China going forward. The fact that the United States continued to work hard on the LG-SK settlement until the end, and that they invited Samsung to the semiconductor meeting led by the national security advisor at the White House in December can be interpreted in that context as well.

Given this shift in international climate, it is undesirable for the Korean government to cause friction with the United States over its policies regarding China and North Korea. The United States government’s forceful demands that South Korea join the QUAD at the U.S.-South Korea two-plus-two (foreign and defense ministers) talks last month, and the congressional hearing on April 15 on South Korean human rights issues in relation to South Korea’s Pyongyang leaflet ban are alarming. It is doubtful that our tightrope diplomacy of “security with the U.S., economy with China” will continue to work. The government will have to think realistically about what path is right for our national interests.