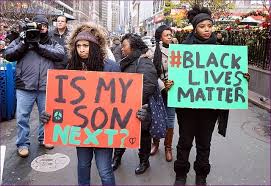 As I was following the court’s conviction of the white police officer who killed George Floyd, I ran across a newspaper story about a young Black man who was suing the Chicago police for what had happened to him months ago. While walking down the street, he was startled when two white police officers started running toward him. Then, one of them slammed him up against a wall and, once he had fallen to the ground, the police hit his head against the sidewalk multiple times. With the young man bleeding, they dragged him down to the police station, where he spent four days.

The young man suffered a concussion, had a cut on his face and wounds on his wrist. In addition to the horrific racism of the incident, the worst of it — in my opinion — was the police officers’ justification for what happened. In their report on the incident, they stated that they had arrested the young man because he had “a shocked look on his face” when he saw them. Furthermore, they thought that he was hiding something, which might be a weapon. As for the young man, who was not carrying a weapon, he said that he was merely taking his glasses out of his pocket when he saw the two policemen running toward him. He told them that he would not resist arrest.

And this issue of shock is at the heart of the plight of Black people in America. Signs of panic and shock are normal. Black youth, who are at times subjected to deadly violence at the hands of white police officers, are terrified whenever someone approaches them. And their mothers teach them from a young age how to behave outside the home, especially with white police officers, so that the situation does not escalate to point where these youth are killed. These same motherly warnings are the embodiment of this plight.

But that young man violated one of the golden rules when he fumbled around in his pocket for his glasses. Especially since he did that after the two policemen pursued him, rather than before. Violating one of these golden rules may also be the reason behind the killing of another young man in Minneapolis, Minnesota, which witnessed the killing of George Floyd. A white police officer stopped a young Black man, Daunte Wright, because his vehicle tags had expired. When the officer was about to arrest him, he resisted, and she killed him. This type of reaction by the police officer would likely never have happened if the man had been white. Minnesota Sen. Amy Klobuchar expressed this, saying, “We cannot confuse accountability for justice. Because true justice is not done as long as having expired tags means losing your life during a traffic stop.”

The irony is that Wright was killed during the trial of the police officer who kneeled on Floyd’s neck, killing him. Wright’s funeral took place two days after the verdict. The funeral embodied both the ordeal and resistance, since not only did the Floyd family attend, but also the families of many young Black men who have been killed by white police officers in recent years. Perhaps most significant was the presence of the family of Emmett Till, the 14-year-old boy who became an icon of the civil rights movement in the 1960s, after two white men killed him in 1955, beating and mutilating his body before dumping it in a river for allegedly flirting with a white woman.

This woman admitted a half decade later that part of her testimony was false. At the time, Till’s mother insisted that her child’s casket be kept open during the funeral, so that everyone could see the brutal mutilation of her son’s body. But the killing of Black people did not end, nor did the resistance of Black mothers. For those whose sons are alive, warnings have never protected them from feeling “shocked” and panicked when they are stopped by whites. For those whose sons are dead, these mothers have insisted on exposing the acts committed against them, “shocking” the world.