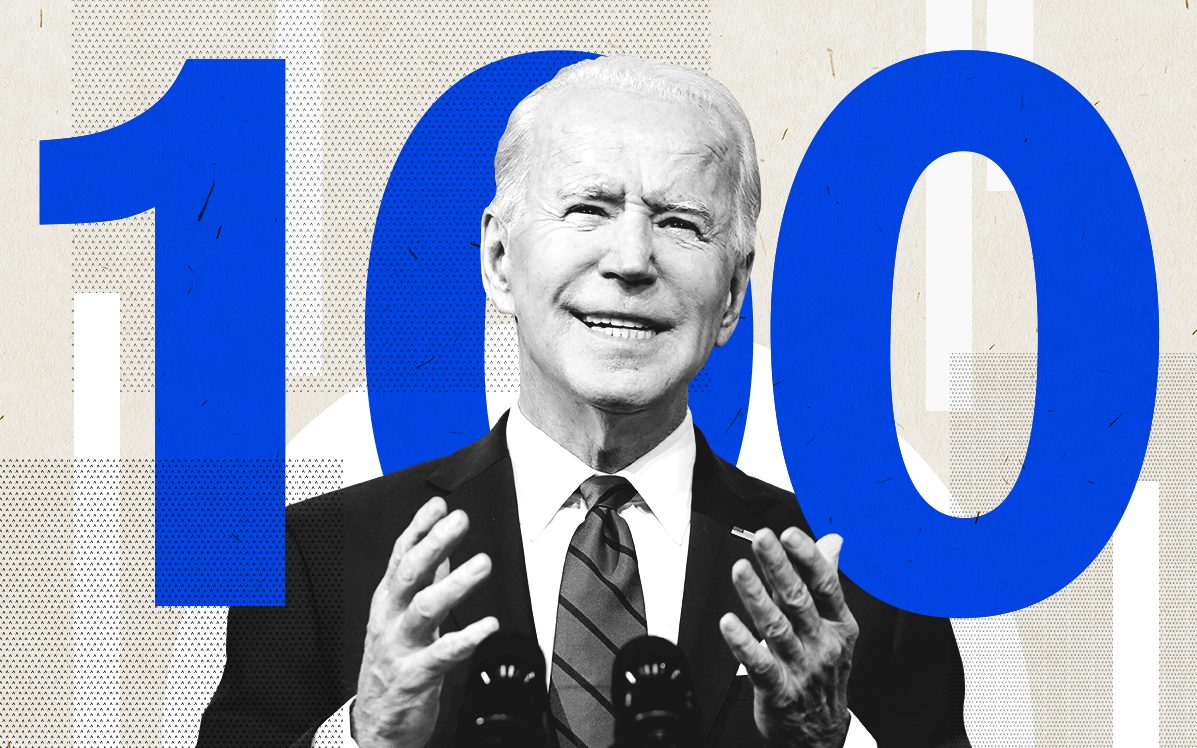 After 100 days, a presidency that was forecast to be a period of quiet transition seems destined to become one of major transformation.

Since Franklin D. Roosevelt, the first 100 days of a presidency are an important symbolic marker. Joe Biden could have settled for simply not being Donald Trump and restoring the decency and humanity to the presidency that had been lost.

He has succeeded in doing this, which is remarkable, but as he pointed out in his first speech to Congress yesterday, his first 100 days pave the way for a busy and ambitious term.

Since January, the political climate has been unrecognizable. For the millions of Americans who compulsively followed the circus of the previous administration and the antics of its ringmaster, the stress level has been taken down several notches.

The contrast is striking. While Biden’s approval rating is modest compared to presidents of less polarized eras, it is still overwhelmingly favorable and significantly higher than Trump’s.

While Biden occasionally embellishes the truth, it is a far cry from Trump’s unending torrent of falsehoods. According to The Washington Post’s “Fact Checker,” Biden made 67 problematic statements in 96 days. At that rate, it would take him more than a century to reach the 30,000 false or misleading statements issued by his predecessor in four years.

The new president’s success can be explained simply: Promise less, deliver more; talk less, act more; listen to and seek to satisfy Republican voters rather than their elected officials, who have no concrete alternatives to offer.

The COVID-19 vaccination campaign went more than twice as fast as had been expected. The $1.9 trillion aid package, passed without a single Republican vote in Congress, is garnering considerable support among Republican and independent voters.

Although Barack Obama went to great lengths to accommodate Republican members of Congress in order to soften his “radical” image, he was met only with their consistent refusal to cooperate and with resentment from their constituents.

Instead, Biden is relying on his moderate image to bypass opposing politicians to listen to their supporters and deliver the goods, without expecting any support from congressional Republicans.

Thus, Biden may succeed in passing an infrastructure plan that would represent an overhaul of the role of the federal government in the United States, including the recognition of childcare as an essential component of the “human infrastructure” of modern society.

He will have to maneuver delicately, as some moderate Democratic senators do not share his interventionist agenda.

Above all, Biden will have to deal with the immigration crisis, issues of social justice and law and order that continue to deeply divide Americans.

If his first 100 days are any indication, skeptics who saw Biden as a likeable but weak septuagenarian, unable to impose his vision and inspire change, are likely to be stunned.