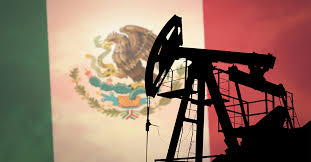 It was just a matter of time. Less than three months into the administration of Democrat Joe Biden, the U.S. has turned its attention to the economic and energy situation in Mexico.

Through the Treasury Department, the U.S. government presented its semiannual report on the financial policies of its main trading partners. In the report, the Biden administration sees the erratic policy of the Mexican federal government in the energy field as a threat to the recovery and growth of Mexico.

The report laments the fact that our country marginalizes and disparages renewable energy options while giving priority to what are described as “loss-making state-owned enterprises,” namely government entities in the energy production area like Mexican Petroleum or the Federal Electricity Commission. The Mexican government is trying to give these companies favorable treatment in the belief that in so doing, their market power in the energy sector will be assured.

According to the U.S. Treasury Department report, Mexico’s energy policy will affect the consumer in the end, with higher costs for energy service and supply. At the same time, it will benefit their chosen energy-producing companies, sidelining or not taking on other investment projects that would be more beneficial for the country’s development and growth.

Fortunately, in the eyes of the U.S., the Mexican picture is not completely negative. The report highlights as positive the fact that the Mexican flexible exchange rate policy has succeeded in sustaining the stability of the Mexican peso against foreign currencies, despite the turbulence that has been shaking up the foreign exchange market.

That is reassuring to Mexican financial institutions because there is a rumor internationally that Mexico has been manipulating the peso exchange rate in an attempt to gain an advantage in the world market. But this last report emphasizes that it is only being watched closely from the perspective of foreign exchange policy as related to its approach to its trading partners.

However, for the Biden administration, there appears to be a certain amount of inertia with respect to the policies of the Donald Trump administration that preceded it. The current administration is still concerned about the uncertainty arising out of Mexico’s regulatory processes in the energy sector, while at the same time it maintains a hostile climate for investments by foreign companies in Mexico.

All of these signals are concerning and should be taken seriously because they come from Mexico’s principal trading partner, a country to which the future of our country is inextricably linked.