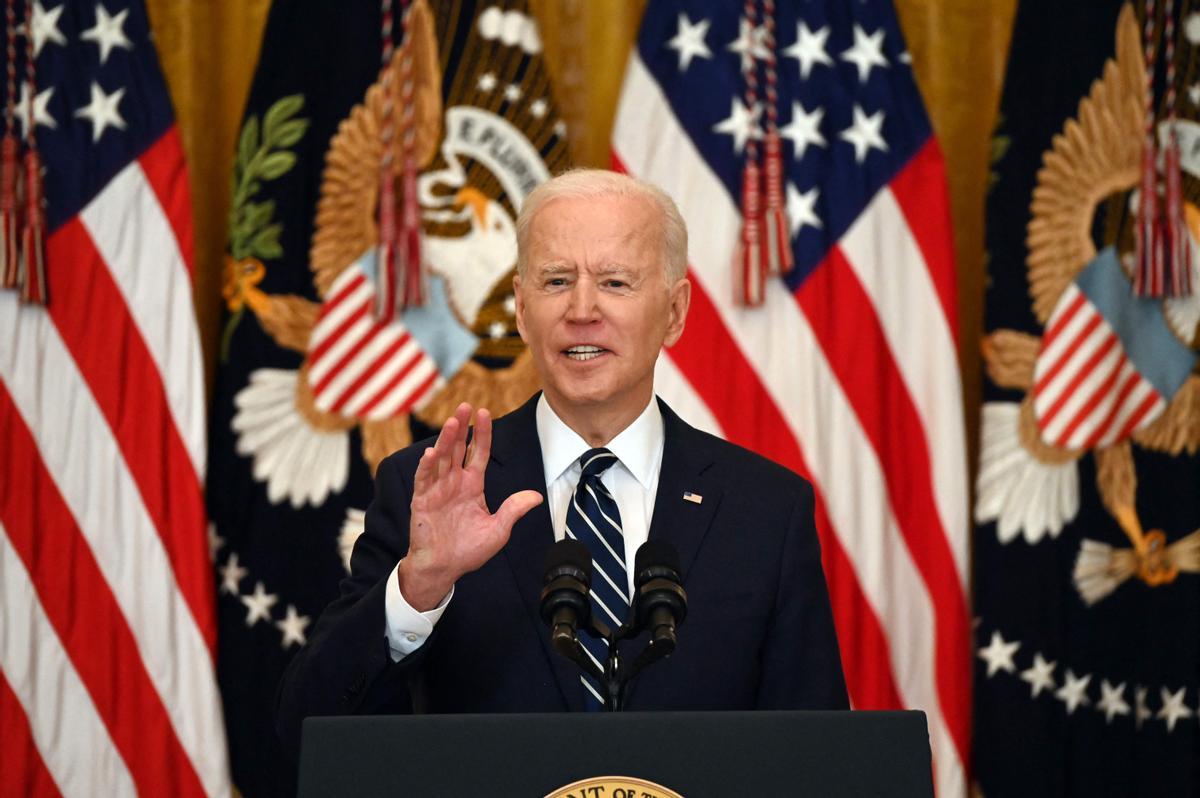 The fight against the pandemic, reactivating the economy, and the environment mark the first 100 days of the Democratic administration, although they have yet to alleviate racial tensions.

As U.S. President Joe Biden reaches the end of his first 100 days in the White House, his determination in three areas has been notable: the fight against the pandemic, his New-Keynesian approach to reactivating the economy and commitments announced this week to fight the climate emergency. It could be said that in these three fields, he has unreservedly challenged what his predecessor, Donald Trump, put in place during his four years in power, showing himself to be a decided reformist and exceeding his reputation as a moderate Democrat. Forced by the extreme circumstances he finds himself in, Biden must make virtue out of necessity, where the most pressing need is to correct the course of this great power, which until January, was governed by the toxic demagogue movement that is Trumpism.

Much more precarious is the path Biden will have to take alleviate racial tensions. Within Biden’s first 100 days, a variety of events have transpired: the killing of citizens of Asian descent, the conviction of the former police officer who killed George Floyd, and the shooting of young Black people by police in circumstances that are almost always unjustifiable. The plague of racism, inherent to the historical configuration of American society, is a disease that has appeared to be relatively controlled during the last few years, but which now has resurged with the virulence of base instincts spurred on by the extreme right. Some of Biden’s announcements — limits on the possession and use of firearms, changes in police regulations — have barely begun to scratch the surface before the hard battle in Congress, where the majority of the Republican legislators are reticent or openly against the reforms.

What is certain is that the issue of race forms part of the United States’ international image in the same way as its foreign policy, where it maintains several of the constants inherited from the Trump administration: the fluctuating relationship with China, where aspects of strategy and security mix with the economy (the unstoppable expansion of the Asian giant); the desire to abandon the mess in Afghanistan; and the decision to maintain the status quo in the Middle East through Israel, Egypt and Saudi Arabia, with the ayatollahs in the waiting room. In contrast, the deterioration of Russian relations is evident, as is the unreserved return to traditional relationships with European allies, which Trump could hardly stand. One should also be paying attention to new tensions with Turkey after the recognition of the Armenian genocide for the first time by a U.S. president.

In everything Biden has done to date, there is an urgent need to deliver results to the public — herd immunity on July 4; the complete withdrawal from Afghanistan by Sept. 11 — to show how effective this political alternative is in contrast to the harsh nationalism that preceded him. The urgency is logical because there will be midterm legislative elections next November, and a change of majority in Congress would be a disaster. And not just that. It would give rise to Trump, who still ultimately controls the Republican Party and has not stopped hinting that he wants to be a presidential candidate in 2024.