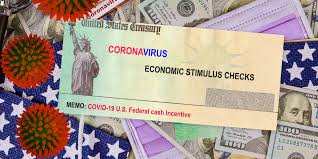 Despite the astounding start to his first 100 days in office, Joe Biden’s presidency is still too new to claim — as some are already doing — that it represents a fundamental change in the role of the government in the American economy.

The more enthusiastic of them already compare Biden, who Donald Trump maliciously nicknamed “Sleepy Joe,” to the creator of the New Deal after the Great Depression, Franklin D. Roosevelt. Others are only slightly less laudatory by invoking Lyndon B. Johnson and his “war on poverty.” The principal concerned doesn’t hide his inspiration from the founding fathers of the American welfare state, even having hung a large portrait of FDR across from his desk in the Oval Office.

Whether the United States has embarked on a truly different path will depend on what happens next, the observers said. Honoring an electoral promise not fulfilled by Trump, last month Biden unveiled a plan to invest $2 trillion into infrastructure over eight years, aimed at upgrading bridges, roads, airports and much more. Fundamentally pragmatic, this plan doesn’t bother with the distinctions between physical investment and human capital, Étienne Grass, Professor at Sciences Po Paris, indicated last week in Les Échos. Notably, it offers massive support for the transformation of the work force ($48 billion), schools ($100 billion) and community colleges ($12 billion), social housing ($200 billion), daycare centers ($25 billion) and home care ($200 billion).

And yet, some hesitate to qualify it as a radical change. “I would describe Bidenomics as an ambitious policy, but not reformist. For that, I would need to feel a more strategic vision behind these ideas,” President of the Peterson Institute for International Economics Adam Posen stated on Thursday in the Financial Times.*

An important part of the investment into infrastructure will be destined for the electrification of transportation and the decarbonization of the American economy, with the United States having rejoined the Paris Agreement. Reaching the new goal of reducing the emission of greenhouse gases by half by 2030 would undoubtedly be a historic turning point, Michael Shellenberger, founder of the specialized research center, the Breakthrough Institute, said in the Financial Times. Unfortunately, “Biden’s plan lacks details,” he regretfully noted, and the president refuses to employ one of the most efficient means (a carbon tax), because he promised to not increase the household tax burden for the middle class and the most poor.*

Biden also unveiled on Wednesday another $1.8 trillion plan, this one destined for families. It notably proposes subsidized child care and the addition of two free years of post-secondary study, and finally gives American workers the right to paid sick and family leave. This improvement of the social safety net doesn’t only benefit millions of Americans, but also the economy in its entirety, as indicated by Paul Krugman, journalist for The New York Times and winner of the Nobel Prize for Economics, on Thursday, visibly overjoyed.

There is also the manner which the Democratic president intends to finance his plans, that is to say by reaching into the pockets of business and the richest households. “Trickle-down economics has never worked and it’s time to grow the economy from the bottom and the middle out,” Biden declared during his speech to Congress on Thursday.

Reversing at least some of Trump’s tax cuts would leave this tax burden still well below what it was in the United States before the Ronald Reagan revolution. But Biden’s plan of a minimum tax for multinational corporations would have the power of “tilting us rapidly over to a different type of globalization which would reconcile people with the international economic opening,” international expert Gabriel Zucman said in Le Devoir on Wednesday.

No Time To Lose

All these projects still need to be adopted and implemented. With the slimmest of majorities in the Senate, Biden must deal not only with a complete refusal of cooperation by the Republican opposition, but also the reluctance of some in his own camp who are frightened by the prospect of such rapid growth of the state.

For several months, American representatives, like those in other countries, have been exceptionally open to greater state interventionism, but that cannot last, Krugman observed in Le Devoir on Thursday. “We were lucky. The fact that we were dealing with a health crisis made them compelled to be much more active.”*

Ironically, this effect could, however, become less and less effective with the success of the vaccination campaign and the stimulating effect of public spending on the economic recovery, the experts observed this week. For Biden there is no time to lose, as presidents have an unfortunate tendency to lose votes in Congress after the midterm elections. The coming ones are set for November 2022.