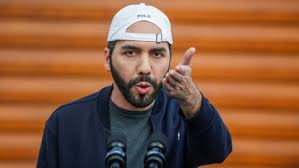 Secretary of State Antony Blinken calls the Salvadoran president to express his concern over the dismissal of the Constitutional Chamber as well as of the attorney general.

The removal of the Constitutional Chamber of the Supreme Court of Justice of El Salvador and the dismissal of the country’s attorney general, both approved by the Legislative Assembly last Saturday, have alarm bells ringing about the concentration of government powers. The man behind the decision is El Salvador’s president, Nayib Bukele, who now has full control of the parliament after elections for the legislative assembly two months ago. In its first session, the Chamber went from threats to action, removing nine judges as well as Attorney General, Rául Ernesto Melara. As a result, Bukele received a public rebuke from Joe Biden’s administration, which urged him to respect the separation of powers.

U.S. Secretary of State Antony Blinken called Bukele on Sunday to express concern about the events. “Spoke today with Salvadoran President @NayibBukele to express serious concerns about yesterday’s move to undermine El Salvador’s highest court and Attorney General Melara. Democratic governance requires respecting the separation of powers, for the good of all Salvadorans,” Blinken tweeted. Juan Gonzlález, Biden’s senior Latin America adviser, expressed his displeasure with a cutting, “This is not what you do,” tweeted in Spanish.

The Organization of American States has joined in condemning the dissolution of the judicial branch, which occurred after months of the executive’s pressure and campaign to wear it down. Bukele refused to accept limits put on decrees he had made regarding the COVID-19 pandemic, so he dismissed five magistrates and four stand-in judges. A statement written by the multilateral organization reads, “The General Secretariat of the Organization of American States (OAS) expresses that, given the decisions adopted yesterday by the Legislative Assembly of El Salvador, it rejects the dismissal of the magistrates of the Constitutional Chamber of the Supreme Court of Justice and of the Attorney General, Raúl Melara, as well as the actions of the Executive Branch that guided these decisions.”

This statement, though, issued by the secretary general of the organization, Luis Almagro, has received criticism as being too lenient. José Miguel Vivanco, director of Human Rights Watch’s Americas division, has urged Almagro to “apply Article 20 regarding the alteration of constitutional order and convene the Permanent Council of the OAS.”

The president’s clear victory in the last legislative assembly election, with a margin that is unprecedented since the war ended nearly 30 years ago, multiplied Bukele’s powers. Using the parliament and his political party, Nuevas Ideas, he can force decisions like last Saturday’s without having to negotiate. In other words, as head of state, he can remove any opposition, whether or not it forms part of democratic structures just because it does not coincide with his decisions.

This was precisely the motivation behind the legislative assembly’s confrontation with the judicial branch. “The Constitutional Chamber declared a legitimately established policy related to the pandemic to be unconstitutional,” the assembly claimed on its official Twitter profile. “The magistrates have committed Constitutional fraud with their statements and arbitrary sentences,” it proclaimed.

Bukele, given a leg into the government because of the discontent of 2019, has often been the center of controversy because of his questionable tactics regarding gangs. He has been rebuked for violations of human rights. The current episode confirms his will to consolidate power.

About Madeleine Brink 36 Articles
I am a linguist and teacher with a background in American Studies and Spanish. Having lived in various parts of the United States, the Dominican Republic, and Spain, and having taught both Spanish and English languages at the university level as well as in business settings and academies, I firmly believe in the power of cultural exchange and appreciation as one way into widening and deepening ourselves, our conversations, and our relationships.