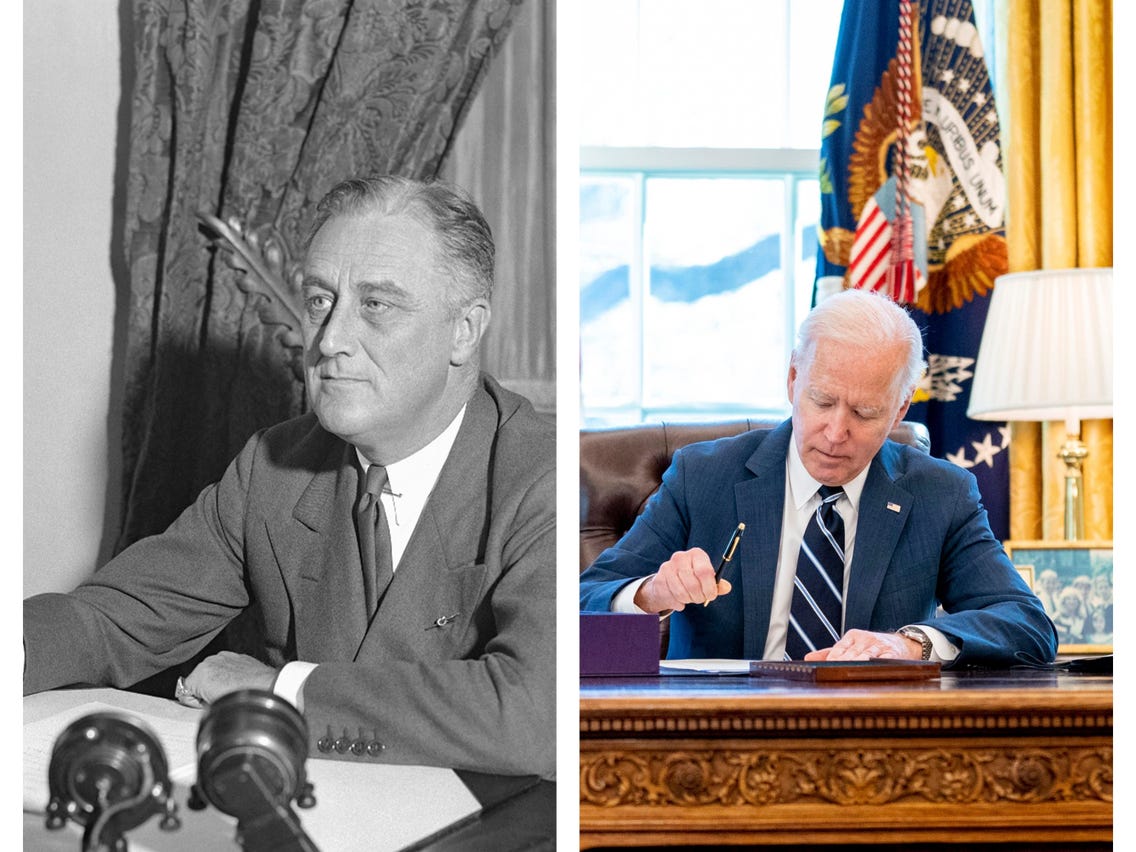 The debate on the size of the government resumes with a bang.

What is the best way of running a country to benefit as many people as possible? The two answers at play in democratic countries shift back and forth like tectonic plates. One is increasing the size of the government, creating a super-powerful entity that regulates economic activities, taxes heavily and provides citizens with all their basic needs from the cradle to the grave, as the saying goes in social democratic countries. The other answer is breaking the government’s shackles, allowing businesses and workers to get along as they wish, to give life to the spirit animal of free enterprise and to lay to rest the bogeyman that creates bureaucracy, waste, inefficiency, poor services, impregnable castes and corruption. Ronald Reagan summarized this idea with his famous joke about the nine scariest words in the English language: “I’m from the government and I’m here to help.”

Biden Used the Pandemic To Pass a Slew of Astronomical Packages

The U.S. became the greatest power in history by using a bit of both ideas, depending on the moment in history. Big government was most influential when Franklin D. Roosevelt fought the Great Depression with successive wallops of public funds and large-scale structural reforms. This is the spirit that Joe Biden is seeking to replicate with his version of a New Deal 2.0. The press constantly makes comparisons between the two, with the clear fingerprints of Biden’s influential chief of staff, Ron Klain. Even the overused idea of 100 days of transformation after taking over the government was copied from Roosevelt and disseminated by Klain.

Lacking Roosevelt’s gravity, intellectual power and historic vision, Biden makes up for those disadvantages with numbers: his $6 trillion stimulus packages are far ahead of the money spent on the New Deal, the equivalent of $650 billion today. An important difference is that in 1933, Roosevelt inherited a country ravaged by the Depression, and Biden took over in an episodic crisis created by COVID-19 that is relatively easy to solve. There were enough vaccines and emergency funds to get through the dark months of unemployment and bankruptcies. But Biden used the pandemic to pass — or almost pass, because some projects have not yet been brought to Congress — a slew of astronomical packages.

The all-powerful state is also known as Big Government; its role has been debated since its birth in the U.S. Founding fathers such as George Washington, John Adams and Alexander Hamilton favored a big government. The greatest of them all, Thomas Jefferson, was a minimalist who thought that the government should be “rigorously frugal & simple.” According to historian Joseph J. Ellis, the debate between the two schools of thought stems from a shockingly simple dilemma: Is the government “us” or “them”? Unfortunately, this question doesn’t exist in Brazil. Here, whatever the government, it is always “them.”

About Lisa Carrington 62 Articles
Lisa is a freelance translator in English, Spanish and Portuguese. She has a BA in Spanish for Translation and Portuguese and is a Member of the Chartered Institute of Linguists. She is passionate about languages, specifically translation.