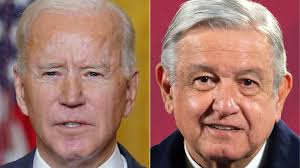 Many fear that the emergency created by the domestic situation has diverted Biden’s attention from other issues in our country.

The Mexican government finds itself in a rare position of strength, at least temporarily, in its relationship with the United States, where it is normally considered as the weaker side. The migrant crisis at the border is occupying the attention of President Joe Biden, who campaigned on the promise to repair a broken immigration system and derail the abusive policies of his predecessor, Donald Trump.

But the sudden influx of migrants, especially from Central America, has reached such severity in U.S. domestic politics that it has overcome any other concerns. In fact, many fear that the emergency caused by the situation has diverted the attention of the Biden administration from other issues in Mexico, especially those seen as controversial actions by President Andrés Manuel López Obrador.

“Mexico’s ability to limit migration has given its government significant leverage over an issue that is a political vulnerability for Biden. It also lands the Biden administration in the awkward position of asking Mexico to intensify its enforcement efforts after easing U.S. border controls by rolling back Trump-era policies, including deals made with López Obrador,” reports The Washington Post.

It’s a strange sensation, after months of predictions about the likelihood of friction or problems in the bilateral relationship, which include issues with huge potential for conflict, like the environment, energy, security, drug trafficking, health and investments. For some in Washington, it seemed inevitable that one or two of these issues would become reason for conflict between the Biden and López Obrador administrations.

After all, the Mexican government’s efforts to restore state control over the production and distribution of energy, as well as the emphasis on the use of fossil fuels and proposed plans to take control over the judiciary and autonomous electoral agencies and access to information, seems to herald the possibility and probability of conflict.

More than one analyst in Washington has asked if the Mexican president was looking for a reason to fight with the United States. But the reality of American domestic policy has been different, and some worry about the weight that this situation grants the Mexican government in the relationship.

“Three consecutive U.S. administrations have turned to Mexico for help with immigration enforcement at moments of crisis along the U.S. southern border, and when Vice President [Kamala] Harris meets virtually with Mexican leader Andrés Manuel López Obrador on Friday, the United States will once more arrive in need of a favor,” stated The Washington Post.