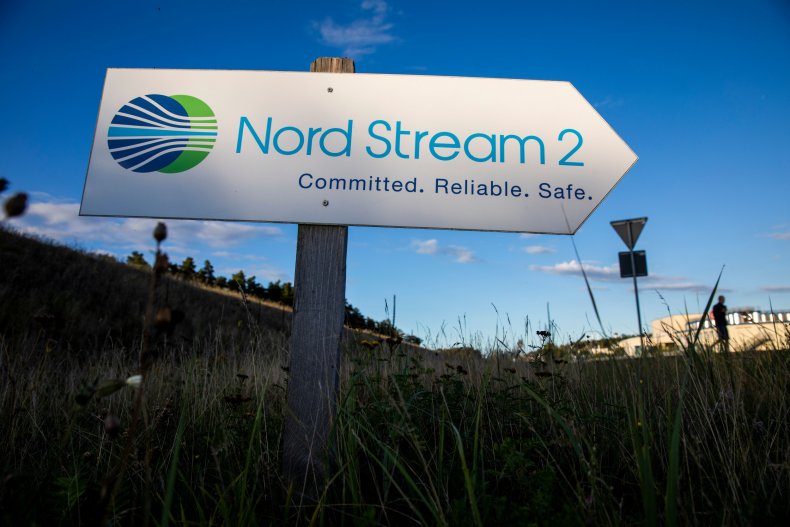 U.S. President Joe Biden is taking a huge risk if he declines the suite of sanctions that Congress passed with bipartisan support in opposition to the Nord Stream 2 pipeline, and thus also to Russia. But the message from the White House is clear: Relations with Germany are more important than this pipeline.

The U.S. will not decide whether Nord Stream 2 will now be completed or, above all, ever be filled. Sanctions are still in place against Russian barges, which probably don’t bother their proprietors very much. But the issue at stake here is less the natural gas than what the pipeline symbolizes. In recent years, the pipeline has taken on a political life of its own that could no longer be justified with facts and sound argumentation in favor of sanctions.

The Sanctions Are Illogical and Ring Hollow

The elevation of the pipeline project to a test case for transatlantic relations was wrong for at least three reasons. First, Ukraine’s security and economic development are not dependent on Nord Stream 2. Its energy supply can also be guaranteed through Western Europe, the EU provides economic aid, and armament support from the U.S. clearly contributes to military deterrence. Second, exclusively sanctioning Nord Stream 2 is illogical in the political and judicial terms to which sanctions are generally subject. Sector-specific punishment of the Russian natural gas industry should affect all pipelines equally, not just this one, symbolic project. And third, the U.S.’s words would ring hollow if it condemned European energy policies but itself continued to purchase comparable volumes of crude oil from Russia.

The list of arguments could go on, even including some good reasons to impose sanctions. But when considering all points, it is striking how off-track the U.S. has gotten with its exclusive focus on this one initiative. Punishing President Vladimir Putin would be more than legitimate, but such a policy would have to be coherent and developed in agreement with its allies. The sanctions miss their mark if they cause conflicts in one’s own camp.

Solidary with Europe Moves to the Center of US Policy

Biden wants to leave this dead end, but the path is being blocked by Congress. The reaction to his decision to waive the sanctions plan has been strong; the president has initiated a conflict with Congress members and the security policy establishment that he really does not need. But the time for seeking harmony in foreign affairs is over. Biden has just two years to reorient U.S. foreign policy.

The reorientation has just one focus: the rivalry with China and the fight for global political leadership. Everything else has to take a backseat. Biden and the EU have already accommodated each other twice. First, the EU refrained from raising tariffs against the U.S., and talks about lowering tariffs have followed. Now the decision on Nord Stream 2. Reducing tensions in transatlantic relations has moved to the center of U.S. foreign policy.

Nonetheless, it would be remarkable if it did not come at a price. Biden will probably name that price at the Group of Seven summit next month: unity against China. Compared to this storm front, the low-pressure area Nord Stream 2 was harmless.