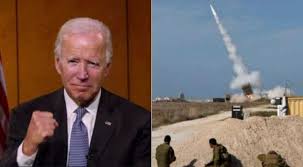 Will the American position of unconditionally helping its Israeli ally ever change? Looking at Joe Biden, it does not appear so. Or maybe it is possible, seeing that many Democrats, and not just those from the party’s left wing, are no longer strictly adhering to the sacrosanct right of Israel “to defend itself” and were expecting less complacency from the president in light of the bombs that Israel dropped on Gaza for 11 days.

The Israeli-Palestinian question is an issue that the new American president would simply have preferred to ignore, as if the status quo were viable and as if Donald Trump had definitively put a lid on the central issue of Jerusalem by unilaterally recognizing it as the capital of the Jewish state and moving the American embassy there. Reality has caught up with Biden, whose presidency, it cannot be said, has been immediately transformational in this regard. The cease-fire that Israel and Hamas announced on May 20 hardly lets him off the hook.

The fact that the United States, blocking all of the U.N. Security Council’s initiatives, has, from the beginning, been so reluctant to put pressure on Israel for a cease-fire has put a dent in the image that Biden is trying to build of himself as the opposite of Trump, a defender of values, of personal and multilateral rights. Once in power, he took a leap forward by setting off on the path of a progressive presidency. But in the face of the very asymmetrical military confrontation that broke out on May 10, he stuck way too much to the tired refrain of unwavering American support.

How, exactly, did Israel’s “right to defend itself” give the Jewish state permission to bring about a humanitarian catastrophe in Gaza? Making this “right” the crux of the matter and allowing Israel the luxury of waiting, escalation after escalation, for the right time to agree to a truce, Washington, once its military objectives are met, never sticks to anything but policies without a horizon. When will the American government — and a mobilized international community — have the courage to end the aggression that, for Israel, is about laying claim, slowly but surely, over 40 years, to Palestinian territory?

Moreover, the critical voices that have come out in growing numbers — and who will not be silenced — within the “new” Democratic Party against the mistreatment of Palestinian civilians during these 11 days have opened a notable breach in the monolith of pro-Israeli politics in the United States. Notable but not sufficient.

These voices came from the left in the clearest terms — namely from the “pasionaria”* Alexandria Ocasio-Cortez, who, accusing Israel of violating human rights, called it an “apartheid state.” In more muted terms, 28 Democratic senators — more than half of the party’s caucus, nonetheless — called for a cease-fire in a letter that at least had the merit of not excusing Israel’s actions. The most unexpected reaction came from Sen. Bob Menendez, who, said to be an uncompromising ally of Israel and an outspoken critic of the 2015 nuclear deal, said at the end of last week that he was “deeply troubled” by the Israeli attacks. So many positions breaking, in any case, with the Republican position the Evangelical Christians kept a tight rein on under Trump.

Beyond words, more concrete actions should be taken. Unfortunately, all we can do is hope that Bernie Sanders succeeds in blocking a recently approved contract for the sale of arms to Israel, in the amount of $735 million*.

Furthermore, weapons will continue to be a must if needed, because Israel also attacked Iran in Gaza. The bombings targeted first and foremost the sites of rocket production established by Hamas thanks to the Guardians of the Revolution’s know-how. In that respect, American interests have been well-served. Between the aims of one to the aims of another, civilians paid.

Weapons will continue to be a must if needed, because Prime Minister Benjamin Netanyahu’s political survival depends on the perpetuation of conflicts. Because he had cultivated tensions ahead of time in East Jerusalem and on the Esplanade of the Mosques, he stopped a coalition government, which could have included Arab parties for the first time, from forming and took its power. With its rockets, and everything having to do with its rivalry with Fatah and the unpopular President Mahmoud Abbas, Hamas, for its part, tactlessly tried to seize upon the exceptional mobilization of the civil society that was taking shape on the West Bank, in East Jerusalem and in Israel’s “mixed” cities. Thus diminishing all the voices — Palestinian, Jewish, Western — that tried to make themselves heard in the noise of repeated episodes of militaristic setback.

*Editor’s note: On May 27, Sen. Sanders backed down from his attempt to block the arms sale to Israel.