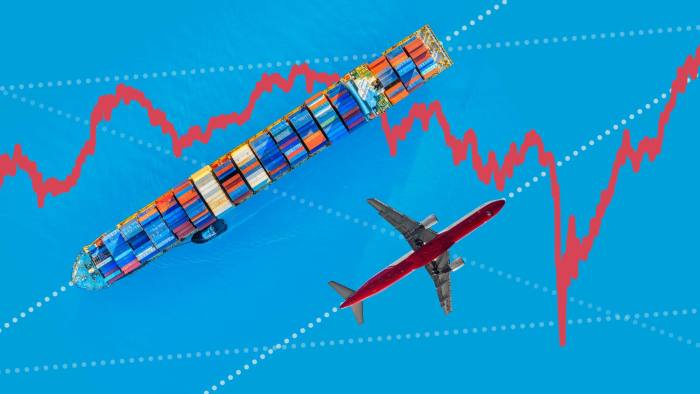 In recent days, millions of Americans received mail from Joe Biden. Under the federal government’s American Rescue Plan, he is gifting his “fellow Americans” $1,400. In total, the president will make 158 million households happy, almost the nation’s entire population; more precisely, those who earn up to $80,000 in “gross adjusted income,” or $160,000 for couples who file jointly.

A head of house may earn up to $120,000, with additional contributions for qualifying dependents. The maximum total income is probably even higher, because a wide range of deductions can be applied to reach the gross adjusted income. For example, alimony or contributions to a private retirement fund. Thus, money is flowing even into the upper reaches of the middle class.

In other words, the cornucopia is not only being emptied into the hands of the needy. Before Biden, Donald Trump was also quite generous. After the COVID-19 outbreak, he had issued two checks of a similar sum. The third from Biden will likely not be the last, even though the real gross domestic product in the U.S. has grown 6.4%.

Everything in the name of social equity — if not for a small wrinkle. There are the aforementioned upper limits, but there is no wealth assessment. There are no inquiries about savings, inheritance or property; the billions are flowing from the watering can, regardless of whether one lives at the poverty line or sits on a pretty cushion. Or whether the recipients struggle under debt burden or live in a house the value of which increases daily. Almost everyone receives the same amount.

Admittedly, there are practical reasons for the watering can. The government had to act quickly in the pandemic and could not spend months investigating the state of citizens’ wealth. The “helicopter money” is supposed to help the economy as quickly as possible, which is good for the entire nation, rich and poor alike. But it will take a while for the bureaucracy to get underway. Thus, this third check from the federal government is coming too late, given that the economy has already started rapidly growing again.

But did the two checks from Trump at least have an effect? Economists have investigated and discovered: not really. According to the theory, if you hand people money, they will spend it and thus revive the economy. Demand leads to growth. People buy, companies hire and invest, which makes even more money flow into the economy.

That is all well and good. But unfortunately, the calculation does not quite pan out. In a broad-reaching poll, scientists have tried to figure out what consumers intended to do with the stimulus payments last year, over $2 trillion. Their results were published in a working paper for the National Bureau of Economic Research. The researchers concluded therein that the generous distribution of the federal government did not have the desired effect. Only 15% of households planned to spend the money. The large majority had other plans. One-third responded that they wanted to save the money, and more than half wanted to use it to pay off debts.

Only a small portion of the payments ended up where they were supposed to, with struggling industries that produce long-term consumer goods, such as cars and washing machines. Instead, demand was directed to daily needs, like food or cosmetics. This upward trend had just begun before the federal stimulus distributions began. Americans had already hoarded necessities at the beginning of the pandemic. When their supplies were used up, consumers had to buy more, even though the federal dollars hadn’t yet arrived.

How do we explain the rather modest effects of the stimulus policies? They probably solved the wrong problem by trying to increase demand. The lack of supply may have been the real problem. What were people supposed to do with the gifted money? How were they supposed to spend it? Many bars and restaurants stayed closed during the pandemic, as did shops, home improvement stores and hotels. Where were they supposed to travel, if planes were grounded and vacation homes were boarded up? Locked-down and shuttered offices halted demand for transportation, with the result that car dealers were left with all their inventory.

In short, when there is nothing to buy, lots of money doesn’t help. What now? As always, economists have at least two answers ready. Market economists say that trillions of modest grants inhibit recovery rather than stimulating it. Why look for a job when the government rewards doing nothing? As a result, the economy in Germany as well as in the U.S. is desperately searching for workers. In the U.S., 7 million jobs are unfilled; in Germany, 1.5 million. State economists reach the opposite conclusion. Because “helicopter money” does not help enough, the state needs to step in as the primary consumer and thus move forward full throttle past its citizens, specifically by expanding digital networks, high-speed trains, and power lines, and by funding public housing, electric cars or iPads for all schoolchildren.

There is another opinion, too, represented by Harvard economist Larry Summers, who served as secretary of the treasury under Bill Clinton. He warns of a policy in which “the budget deficit has been expanded by 15%” and wants to return to “a Fed that is concerned about pre-empting inflation.” Inflation has reached 5.6% in the U.S. and is also rising in the EU. Inflation makes everyone poorer — except for those who don’t need any state support and invest their money in real estate, gold, art and stocks. Too much cheap or gifted money, Summers wants to tell us, is only a superficial blessing. Accounts will always be settled, and the laws of the economy cannot be outwitted.