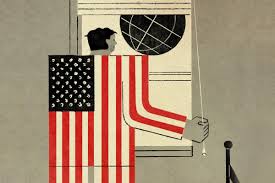 This week, President Joe Biden begins his first foreign visit since taking office in January. British politicians breathed a sigh of relief when Biden chose their country as the first stop on his European tour, after some were fearful about the impact Prime Minister Boris Johnson’s intimate relationship with Biden’s predecessor, Donald Trump, had on the relationship between the countries post-Trump. However, the historic “special relationship” between the U.S. and the United Kingdom is still strong, proving stronger than the influence of passing politicians. In addition, Queen Elizabeth II will receive Biden in her first meeting with a foreign official since the death of her husband, Prince Philip.

Biden’s meetings in the United Kingdom with Queen Elizabeth and Johnson come before he participates in the Group of Seven summit of major industrial nations, a group that represents a common vision among countries that largely represent the West. Biden will meet the leaders of the seven countries, led by French President Emmanuel Macron and German Chancellor Angela Merkel, before heading to Belgium to attend the NATO summit, where he is expected to meet a number of leaders, including Turkish President Recep Tayyip Erdogan.

During these meetings, Biden wants to establish his country’s role in leading NATO and the G-7 after years of turmoil during the Trump era and during the last years of the Barack Obama administration, which also wanted the U.S. to step back from the role of global leadership. However, these meetings, despite their importance, precede a historic meeting between the U.S. president and his Russian counterpart, Vladimir Putin, on June 16. This meeting will show the entire world how Biden intends to deal with opponents, especially major countries that do not accept the idea of the U.S. standing alone as world leader.

Immediately after his election, Biden announced that America is back, a reference to the fact his administration would abandon Trump’s isolationist policies. Biden has promised Washington’s return to collective action with its allies, especially the Europeans who are closest to his policies and way of thinking. Among the steps Biden has taken to demonstrate the seriousness of America’s return to the international stage is his announcement that the U.S. would again fund United Nations agencies, such as the World Health Organization and the United Nations Relief and Works Agency for Palestine Refugees in the Near East.

European allies are anticipating the fruits of American change during Biden’s visit, not only to the United Kingdom and Belgium, but also during his visit to Switzerland, where he will meet his Russian counterpart.

Choosing neutral Geneva for the upcoming meeting indicates the extent of tension between the two countries, and the significance of the meeting. A neutral location means that neither of the two men has backed away from holding the meeting, and that they are both coming from a position of relative strength at this summit after exchanging fiery words a few months ago. The first face-to-face meeting between Biden and Putin will be an opportunity for a dialogue between the two men on issues of mutual interest. Of course, confronting the COVID-19 pandemic and global recovery are at the top of the agenda, but there are other pivotal issues on the table as well, including Europe’s security and the energy market.

The Geneva summit comes half a century after the historic meeting between President John F. Kennedy and Soviet President Nikita Khrushchev. On June 4, 1961, Kennedy and Khrushchev met in Vienna at the height of the Cold War, their first and last meeting. Khrushchev, a veteran Russian politician, was up against a relatively young politician from America. The Soviet president was ready to put pressure on Kennedy, who had been in office for just a few months. The meeting was considered one of Kennedy’s political failures, since he was unwilling to confront Khrushchev, who challenged him and embarrassed him by leaking statements that showed Kennedy’s confusion.

Sixty years later, things are very different. The Soviet Union has collapsed, and the Cold War era ended with it. Biden also has much more experience than Kennedy did, and is considered one of the most seasoned American presidents with respect to foreign policy, after serving on the Senate Foreign Relations Committee for years and as Obama’s vice president. But today, Russia has been able to expand its influence in Eastern Europe, more so than at any time since the collapse of the Soviet Union, and Moscow is building alliances with countries around the world, including several Arab countries.

In an interview with Axios published on Monday, Secretary of State Antony Blinken stressed that his country seeks “a stable, predictable relationship … But we’ve made equally clear that if Russia chooses to act aggressively or recklessly toward us or toward our allies and partners, we’ll respond.” Blinken spoke of Washington’s pursuit of “strategic stability,” saying that the best way to achieve this is “for the two presidents to meet face to face.” In turn, Kirill Dmitriev, head of the Russian Direct Investment Fund, said in an interview with CNBC that there are “lots of real issues that are different, but also there are really a lot of misunderstandings and we at least need to engage and start communicating much more.” While Russia is hoping the U.S. will ease sanctions, the U.S. wants to show its ability to reduce tension in countries such as Ukraine and Belarus, confirming Biden’s affirmation that America is back.

As for issues in the Middle East, they are prickly. On the one hand, there is Syria, on which the two sides disagree in all respects. In essence, Moscow insists on supporting Syrian President Bashar Assad, while Washington rejects the perpetuation of Assad’s regime outright. As for Iran, both countries want to reach a new nuclear agreement, but the U.S. is in greater need of it. It was Biden who repeatedly declared he wanted to reach a nuclear deal. The Russians are continuing their relations with Tehran, with or without the agreement. As for the rest of the Arab world, including Palestine, Yemen and Libya, Russia has continued to act unilaterally, in contrast to American efforts, which can be boiled down to mere talk and no action.

Perhaps the country that Biden and Putin can reach agreement on is Afghanistan, where the U.S. is preparing to withdraw its forces after 20 years of fighting. Just as the Soviet Union failed to control this complex country, the U.S. has failed to achieve its long-term goals there, although it was able to reduce the influence of al-Qaida. The Afghan issue would benefit from U.S.-Russian cooperation, without which the world may lose out if it must confront Afghanistan once again.

How will Washington’s return to the international stage go and and how will Moscow deal with it? These are the questions hanging in the balance around the world, especially for China, which is quietly watching and planning.

About Erin Lyons 7 Articles
Erin Lyons is a professional translator (Arabic, English, French, Italian, Spanish, Swedish) and holds a BA in Romance Languages and Literature from the University of Chicago, an MA in Translation from the Monterey Institute of International Studies and is completing her MA in MENA Diplomacy at SOAS University of London. Erin has divided her career between the United States, Europe and the Middle East and has a passion for languages, travel and culture. When she's not in front of her computer, you might catch her hiking with her beloved dog Tokyo and her husband, riding her bike or cooking Lebanese dishes.