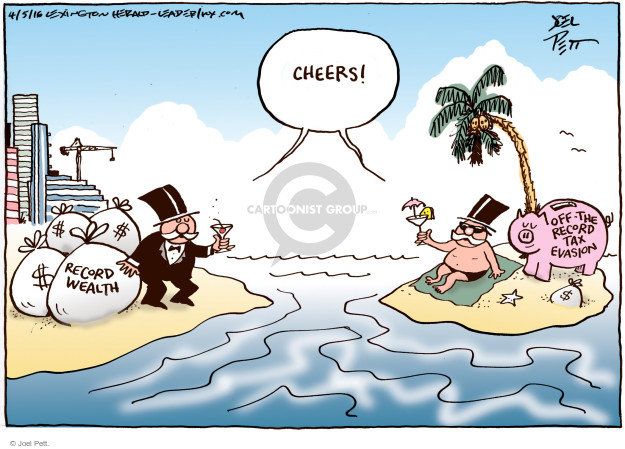 One conclusion that can be drawn from the lessons taught by the COVID-19 pandemic is that the great challenges facing humanity can only be resolved with active participation from the various social classes, and with intervention by the state in the face of corporate power. The ideologues of the free market have failed. During the 2008 financial crisis, The Economist lamented that “all the signs are pointing in the same direction: a larger role for the state, and a smaller and more constrained private sector. This newspaper (sic) hopes profoundly that this will not happen.”*

I annotated “sic” because although The Economist calls itself a newspaper, it is not an instrument for seeking the truth, but one of propaganda for financial powers, such as those of the city of London. (See the review of the book “Liberalism at Large: The World According to the Economist” by Kevin Zevin** at https://bit.ly/3pkbDTI.) Recently, with its characteristic air of superiority, it called on Mexicans to vote against the National Regeneration Movement. It’s as if La Jornada had dared to call on the Scottish to vote to leave the United Kingdom. From the other center of global financial power, New York, an article from The Wall Street Journal lamented that “Latin America, which led developing nations in adopting a market-friendly model of economic development, may now be leading them away from it.”

In contrast, Time magazine, which you could say leans ever so slightly left, published an article by Chris Hughes of the Roosevelt Institute, which asserts that: “If the message wasn’t clear before, it’s become impossible to miss: Government steps in when the going gets rough,” and that “we are witnessing the most profound realignment in American political economy in nearly 40 years,” since Ronald Reagan coined the phrase, “Government is not the solution to our problem, government is the problem.” Hughes says “that [free market] ideology began to crack after the Great Recession, and in the wake of the coronavirus pandemic, it has collapsed.”

The crisis of neoliberalism presents great opportunities for governments and social movements to confront the great challenges facing humanity, such as climate change and inequality. The Biden administration has taken important steps in confronting corporate interests by dismantling many of Donald Trump’s deregulatory environmental policies. In addition to proposing a suspension of patents on the COVID-19 vaccines, Joe Biden is proposing a minimum tax rate that could curb tax havens and discourage countries from competing to attract investments by lowering tax rates. The focus should be the coordination of fiscal policies that help increase the tax revenues of all countries. This is especially important since large corporations do everything in their power to reduce their fiscal contributions and benefit their shareholders and board members.

A study by Sarah Anderson and Sam Pizzigati, my colleagues at the Institute for Policy Studies, shows that during the pandemic, low-salary workers have lost income and jobs, while many of the largest corporations in the U.S. have protected their CEOs (https://cutt.ly/gnmbAUm). In 2020, 51 of the 100 largest companies in the country offered 29% pay raises to their CEOs, while low-income employees lost 2%. The average annual compensation for CEOs was $15.3 million, while workers’ salaries averaged $28,187, a ratio of 830 to 1. Without a doubt, the concentration of wealth during this pandemic has been a disgrace, and the urgent need to raise tax revenues to fight the inequality inherent in the capitalist system has never been clearer.

The other great crisis we’re facing, climate change, is also being tackled head-on by global movements fighting the corporations responsible for rising carbon dioxide emissions. As Joseph Wilde-Ramsing and David Oliver de Leth explain: “Wednesday, May 26, may well go down in history as the most important day of climate news in 2021.” (https://bit.ly/2T2n4Uc). On that day, “activist shareholders” in the U.S. succeeded in electing two environmentalists to the board of the giant oil company Exxon, and won a vote pushing Chevron to reduce emissions. And the best news from that day comes from Holland, where a court provided a great legal victory to the “Milieudefensie,” the Dutch chapter of Friends of the Earth, other nongovernmental organizations, and the citizenry of the country by ordering the oil company Shell to drastically reduce — 45% by 2030 — its carbon dioxide emissions.

It’s becoming increasingly clear that the laissez-faire corporatism promoted by The Economist and The Wall Street Journal is, in fact, the last thing humanity and the planet need.

**Translator’s note: “Liberalism at Large: The World According to the Economist” is written by Alexander Zevin, not Kevin. This was a typo in the original article.