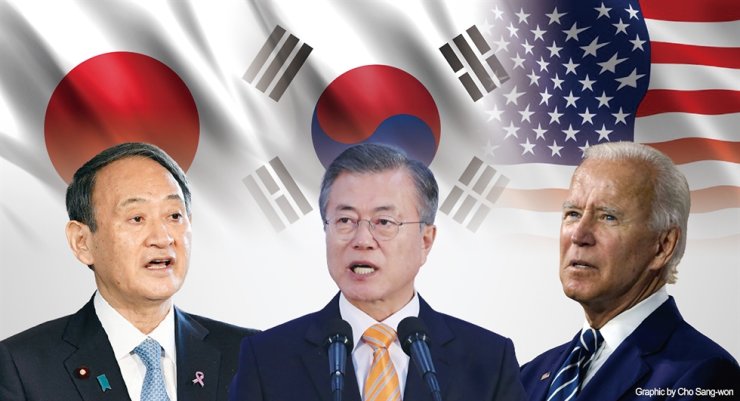 The December 2015 agreement between South Korea and Japan on the issue of comfort women victims of the Japanese military is one of the greatest failures of Korean diplomacy. As a result of rushing to an “irreversible” agreement, internal and external opposition grew. As Japan’s right-wing moves overlapped with this, which led to further strained relations between Korea and Japan.

The Nuclear Security Summit was held in March 2014. After the trilateral summit between the United States, South Korea and Japan was held, the Korea-Japan Foreign Ministry director-level meeting to deal with the comfort women issue began. There were also many occasions in 2015 in which the U.S. pressured both Korea and Japan to resolve the deadlock in negotiations. At the time, the second-in-command of the U.S. State Department was Deputy Secretary of State Antony Blinken, now the head of foreign affairs in the Biden administration.

Ahead of Blinken’s visit to South Korea in March, the U.S. State Department again raised calls for improved relations between South Korea and Japan. The spokesperson said that the comfort women agreement in 2015 was the result of trilateral cooperation between South Korea, the U.S. and Japan, and the acting assistant secretary for East Asia and the Pacific said he would like to see improvement in Korea-Japan relations. Instead of the Korea-U.S. summit held in Washington on May 21, Japanese media reported that the Korea-U.S.-Japan summit was going to be held in the United States at the end of April. The same trend continues ahead of the Group of Seven major industrial nations summit to be held in the U.K. beginning on June 11.

The aftermath of the temporary suture of Korea-Japan history issues was enormous. The Japanese government’s attitude of refusing to admit its wrongdoings due to its alliance with the U.S. was also a problem, but there was also a problem with U.S.-style pressure diplomacy, which forced the allies to sit together by grabbing them by the wrist. Will this happen again and again?

Joe Biden’s diplomatic strategy of taking care of alliances and emphasizing values and ideals should be different. We should carefully examine where the responsibility lies in the refusal to improve relations between South Korea and Japan, and how checking and pressuring China will affect South Korea and act as a variable factor in North Korea and Northeast Asian security as a whole. A true alliance is not created by forced diplomacy.