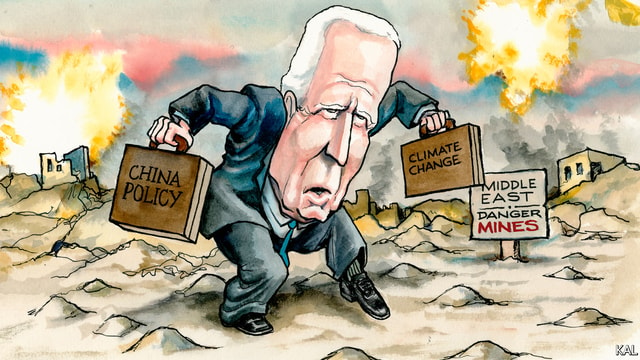 Last week, the U.S. Senate approved a bill called the U.S. Innovation and Competition Act of 2021 the result of a rare bipartisan political agreement between the Democratic and Republican Parties. The primary objective of the act is to counter China’s political, economic and technological influence in the world, through − among other measures − the injection of more than $200 billion in areas such as science, technology, research and cybersecurity.

The act also illustrates the contours of the U.S. strategy in shaping the construction of the new global geopolitical order. The rivalry with China will, henceforth, dictate the positioning, methodology and strategy the U.S. will embrace in the various geographical regions of the world, and in different international forums.

With the shift of the gravitational center of international relations to the Asia-Pacific region, the United States is redefining the order of priority of its strategic options. And, under the guise of this new foreign policy, the Middle East loses importance as far as projecting U.S. power to the world. Once the Iranian nuclear agreement problem is resolved, the U.S. will continue the process of gradual disengagement from the region.

This tipping point is particularly visible in the light of the insolubility of the Israeli-Palestinian conflict, which is increasingly becoming an Israeli domestic problem. From an American perspective, this is not about entirely abandoning a historical ally. However, the Biden administration will no longer be willing to accept the liability that this conflict represents for U.S. global interests and will no longer continue wasting energy with a conflict of low-added geopolitical value in the face of competition with China − and one now with domestic consequences and costs.

The American stance has been to automatically defend Israel on issues such as human rights; however, this position will likely become progressively politically costly for the Democratic Party, a point of concern for the White House. From Washington’s point of view, the increasing power of dominant political groups opposed to the existence of two states − associated with the colonial expansion in the West Bank − makes the adoption of an ambivalent narrative in the political-humanitarian field increasingly unfeasible.

Housing expropriation in East Jerusalem, Israel’s civil conflict, illegal expansion of settlements in Palestinian territory, threats to annex vital parts of the West Bank − all of these will carry a heavier cost for U.S. diplomacy, particularly for the United States’ role as exclusive mediator and sponsor of a failed peace process that has lasted three decades. American legitimacy, in this respect, is already being openly questioned by China.

Aware that the conflict may be more prone to setbacks than progress, Washington is forced to detach itself from the impasse generated by the Benjamin Netanyahu era. The policy of the Netanyahu government, through its concessions to extremist groups, leaves as a legacy two challenges that will be difficult to overcome without deep trauma for Israel: 1) the Jewish-Arab-Israeli civil conflict; 2) the growing perception abroad that the Netanyahu era paved the way for an apartheid regime.

With the new government being formed in Israel, all indications are that the status quo will prevail and that the social-economic environment will likely worsen in the future. Given this and the new geostrategic priorities, Joe Biden will tend to avoid the obligations that this insoluble conflict represents, including its growing socio-humanitarian costs. The policy of gradual disengagement from the Middle East launched under the Obama administration is already underway. U.S. focus and energy will be channeled into competition with China.