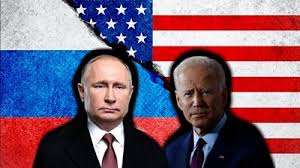 Will Russia’s Putin administration, which has committed bad acts such as the annexation of Crimea and the launch of cyberattacks on democratic countries, change its behavior? This is the question people are asking.

Biden held this meeting to build a “stable and predictable relationship” with Russia. The goal is to get Russia to comply with international norms and stop its destructive behavior against democratic countries in order to focus on deterring China.

Biden summed up the meeting by saying, “We’ve established a clear basis on how we intend to deal with Russia and the U.S.-Russia relationship.” Regarding the cyberattacks originating from Russia, which have caused significant damage in the U.S., Biden outlined 16 entities, defined as critical infrastructure under U.S. policy, that should be off limits to attack, and warned of retaliation if the Russian government is involved in any cyberattacks. He also made it clear that he would continue to raise the issue of human rights abuses by the Russian government, including the imprisonment of Alexei Navalny, a Russian opposition leader and anti-corruption activist.

However, it is too optimistic to think that Putin will change his behavior. He did not admit any wrongdoing in the U.S. presidential election or the cyberattacks involving Russian intelligence. It is common practice for the Russian government to allow covert operations while pretending to be uninvolved, as Russian militias and intelligence agencies did in the 2014 conflict in eastern Ukraine. As for the annexation of Crimea and the suppression of Russian opposition groups, Putin has not taken any criticism seriously.

The Russians were very pleased with this meeting and have interpreted it as a demonstration that Russia is a major power valued by the United States. There is a risk that the Putin administration will grow arrogant and put more effort into the suppression of domestic opposition and focus on disrupting democratic countries. We must also be careful about the possibility that Russia will strengthen ties with China, as it sees through America’s plan for deterrence there.

At the Group of Seven summit of major industrial nations and the NATO summit that preceded the U.S.-Russian talks, Biden worked to solidify the democratic camp against China and Russia. The U.S. must not lose momentum; it is essential that it takes a firm stand in dealing with Russia’s illegal activities by strengthening sanctions.