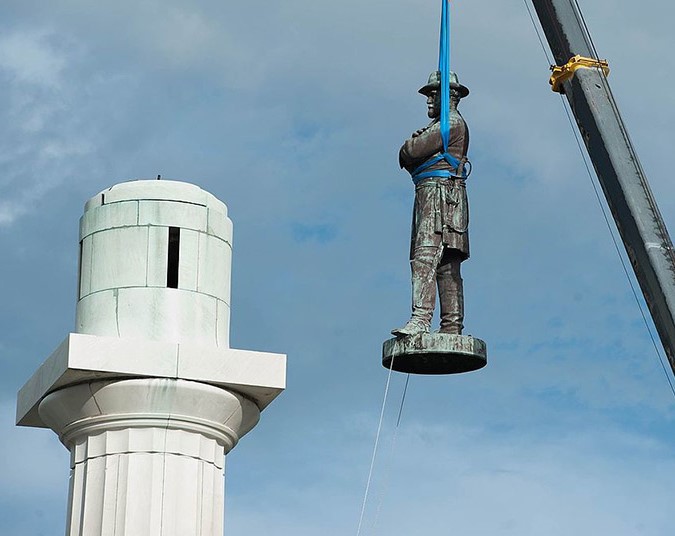 In Arlington, Virginia, a Southern state where I live, there is a trunk road named Lee Highway. The name comes from General Robert E. Lee, who led the Confederacy in the U.S. Civil War (1861-65), but the county decided the other day to change its name.

After the protests against racism across America intensified last year, those associated with the Confederacy — which promoted the continuation of slavery — were treated as villains and statues of them, such as Lee, were removed all around. Arlington, which neighbors the capital, Washington, D.C., and the Potomac River, was not exempt; the road’s name will now refer to John Langston, an abolitionist and the first Black representative from Virginia.

A name change also occurred at the school my child attends. As the children move to a new school building nearby, the current name, McKinley Elementary, will no longer be used. From September it will be known as Cardinal Elementary instead, after a bird.

It isn’t clear that the school’s previous name derived from William McKinley, president from 1897 to 1901 and promoter of an imperialist policy that annexed Hawaii and the Philippines, but the education committee decided to change its name because it “should avoid the names of people associated with history.”*

Most residents wished to continue using the old name. There are not a few place names imbued with history and tradition. I wonder how future Americans will look back on and evaluate this movement to purify a complicated, multifaceted history.

*Editor’s Note: This quote, though accurately translated, cannot be verified.