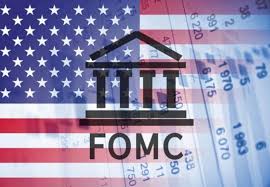 In the end, will the rate hike start in the latter half of 2023?

At the Federal Open Market Committee meeting held on June 16, attention was drawn to the outlook of the 18 members on the commencement of rate hikes, which changed significantly from three months prior, causing surprise in the financial markets.

A dot plot in March showed that the majority of members forecast no rate hikes until 2024. Nevertheless, although the view in advance of this FOMC meeting that these would be moved to 2023 was originally said to be spreading, most members’ outlook had changed to two rate hikes in 2023.

Even at the FOMC meeting three months ago, there were many expectations that rate hikes would be moved to 2023, and the assumption that the rate hikes would start was largely unchanged (my previous FOMC forecast was correct). However, once confirmation of rising inflation is received, how long will the Federal Reserve continue its zero interest rate policy?

Just before this FOMC meeting, I thought that the possibility of a rate hike being moved up to 2023 was almost 50-50, and if anything, it would be left unchanged in 2024. However, as stated before, the timing of the rate hike was moved up beyond the expectations of market participants, including myself.

The latest “two rate hikes during 2023” outlook became the general view of its members, but presumptions about the commencement of rate hikes have diverged considerably. In other words, the number of members who expect an early rate hike by the end of 2022 has increased to seven.

Considered to be dovish, Chair Jerome Powell’s shift to the assumption of a 2023 rate hike has been subtle, but it seems likely that several of the executive members including the vice chair have moved their assumptions for the time of rate hikes to 2023.

This time I couldn’t predict an advance in the rate hike phase, so it was a disappointing result as a Fed watcher. In the following, I would like to include a subsequent explanation of my thoughts on the changes in the Fed’s judgment.

In practice, however, the significant rise in inflation has increased uncertainty about future inflation expectations. In the financial markets, there is a great variety of discussion over what degree of inflation is a sustainable phenomenon, and it seems that the discussions are also active among the FOMC members.

As a result, it is expected that several executive members, who always have the right to vote, have moved up their estimates for the start of 2023 interest rate rises. Since the members’ outlook for the 2022-2023 inflation and unemployment rates still have not changed significantly, this time the policy for initiating future interest rate changes may be mainly a change in risk management.

While interpreting the current inflation pace as temporary, the rise in inflation up to now has influenced the FOMC members’ judgment on interest rate rise timing. What sort of meaning does this hold?

First, regardless of the average inflation target framework that the Fed is advocating, it appears that the members differ in their interpretations and applications. And it is presumed that the degree of tolerance for inflation rise held by some members is not large.

For example, if a line is drawn for a 2% increase in the core inflation gauge preferred by the Fed, the personal consumption expenditures price index from the beginning of 2019, the 2020 price level downturn will have already returned to the 2% line due to the significant increases until April 2021.

If the making up for price downturns strategy were set to about 2-3 years, then the making up for the COVID-19 disaster price level downturn has come to an end. If that is the case, then rather than thoroughly strengthening monetary easing, the thinking will change to assertively preventing an increase in inflation.

Why Did Hawkish Inflationary Tolerance Weaken?

However, it can be deduced that many members, mainly hawks, have weakened their stance on “inflation upturns” due to the recent price increases.

On Friday, the day after the FOMC meeting, the American stock markets fell sharply in response to remarks from the president of the St. Louis Federal Reserve Bank, James Bullard, who is now quite hawkish. In the bond market, long-term government bond interest rates declined and the yield curve flattened significantly as a result of economic slowdown and lower inflation rate expectations.

Bullard and other hawkish members who are anticipating rate hikes beginning in 2022 may insist that tapering (decreasing asset purchases) start early and move smoothly to rate hikes in 2022. If the hawkish scenario, which is gaining adherents among FOMC members, materializes, the premise of thorough monetary easing by the Fed, will change, which will be a big transition for the stock market.

After June 22, Powell and others once again reiterated that the timing of the rate hikes was far distant. The American stock markets rebounded sharply, with the S&P 500 hitting a new high on June 24 and long term interest rates, which had fallen sharply at one point, also stopping their decline. The financial markets may have simply recognized that there is a difference between the hawkish scenarios and the FOMC mainstream view.

Still, taking this FOMC meeting as a start, the stock markets’ suspicions about the Fed’s stance, which is expected to begin tapering discussions in the summer with the FOMC, will not easily be dispelled. We should not be overly optimistic about the American stock markets, which have repeatedly hit all-time highs.

Why Is the Fed’s Early Rate Hike Unlikely?

Nevertheless, I see the Fed’s early rate hike implementation as unlikely. For one thing, the mainstream FOMC members expect to start raising rates from 2023 onward. In a situation where employment recovery is gradual and there is a corresponding length of time before full employment, it is unlikely that the start of tapering will be hastened as current hawkish members insist.

However, in reality, after mid-2022 I anticipate we will see a dampening of the effectiveness of boosting economic growth by means of fiscal policy, a deceleration of economic growth, and that the declines in the unemployment rate expected by the FOMC members will not be achieved.

In short, overheating of the American economy and subsequent sustained inflation rises, justifying advancement of a rate hike in 2022 by the hawkish members, whom the stock markets have begun to fear, will not materialize. At any rate, I expect that the Fed will commence rate hikes in the latter half of 2023, as the assumptions of the hawkish members who had shaken up the stock markets fall back into line.