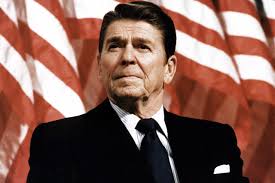 We want progress, to be allowed to work, to better ourselves and to provide education for our children. Access to quality health and, of course, security. These are basic issues; what happens is that politicians complicate everything.

In the 1970s at the end of the last century, the United States went through one of the worst political and economic crises in its history. In 1974, Richard Nixon became the first and only U.S. president to resign from office after the Watergate scandal, a clandestine and illegal spying operation conducted on his political rivals that was uncovered by The Washington Post.

From an economic perspective, the 1973 OPEC embargo sent oil prices soaring, triggering an economic recession and a 50% stock market crash. The United States began to experience a period of stagflation, an economic concept that implies accelerating inflation coexisting with high unemployment rates and low growth. After the transitional administration of Gerald Ford, who replaced Nixon, the elitist press pushed Democratic candidate Jimmy Carter, who went from being a figure with little national recognition, and until that point someone involved in politics in the state of Georgia, to winning the 1976 presidential election. He presided over a period of rampant inflation, recession and one of the worst energy crises in history. At the culmination of his presidency, Iran’s fundamentalist regime took 52 American citizens hostage at the U.S. Embassy in Tehran. It was one of the worst failures and humiliations in American foreign and security policy. More than 50 years later, historians rate Carter’s administration as one of the worst in American history.

With a country adrift, mired in pessimism and hopelessness, a refreshing and alternative candidate emerged. He was a little known actor in Hollywood, who later became governor of California, and with his optimism and ideas about individual liberty, economic growth through lower taxes, and a foreign policy based on the strength of the U.S. Armed Forces, this Republican succeeded in restoring hope to Americans.

During the 1980s, with a first-rate cabinet and Federal Reserve Chairman Paul Volcker, Reagan managed to curb inflation, cut taxes, drive one of the greatest periods of economic growth and wealth generation in history and defeat the Soviet Union and its communist ideology. Reagan’s legacy — reelected in 1984, winning 49 out of 50 states — serves as an example for the polarization that Colombia is experiencing and a guide for the elections coming up next year, and it may provide the fundamental solutions that the country needs. Our politicians are disconnected from reality, perhaps because they have been living in comfort and as servants of the state for so long. “Government is like a baby. An alimentary canal with a big appetite at one end and no responsibility at the other.” Reagan said.

In Colombia, rulers at the national, regional and local levels have become accustomed to increased spending. Much of it is inefficient and serves interests other than the welfare of the citizenry. This leads to more corruption and waste. The services citizens receive for their taxes are mediocre. “No government ever voluntarily reduces itself in size. Government programs, once launched, never disappear. Actually, a government bureau is the nearest thing to eternal life we’ll ever see on this earth!” Reagan said.

In Colombia, governments have not solved problems; unfortunately, they have subsidized them. It is urgent to raise awareness about austerity, to reduce bureaucracy and allow private initiatives to improve services and the quality of life for Colombians. Citizens are rightly tired of paying taxes and not seeing results. I think they would prefer more money in their pockets and the freedom to decide what to do with it, instead of subsidizing inefficient public structures that lend themselves to patronage.

Unfortunately, some of our politicians promise and promise. They talk a lot and do little. They propose populist ideas that have proven to be absolute failures throughout history. As Reagan said, “How do you tell a communist? Well, it’s someone who reads Marx and Lenin. And how do you tell an anti-Communist? It’s someone who understands Marx and Lenin.” Just as at the end of the 1970s the world’s greatest power was plunged into a crisis of epic proportions and different dimensions, Colombia in 2021 is experiencing something similar.

The citizenry’s discontent with institutions, corruption and our rulers cannot fall on deaf ears. The economy is going through one of its worst moments in history; the unemployment rate, although it has dropped since the peak of the pandemic last year, is still at alarming levels. We need a Reagan that makes us believe again, that inspires, that manages to reestablish the course for Colombia to reach its potential and develop a fairer society, with growth and with principles of honesty and work. Candidates who want to reach the Casa de Nariño should take note. Nobody wants continuity. We want progress, to be allowed to work, to better ourselves and to provide education for our children. Access to quality health and, of course, security. These are basic issues; what happens is that politicians complicate everything.