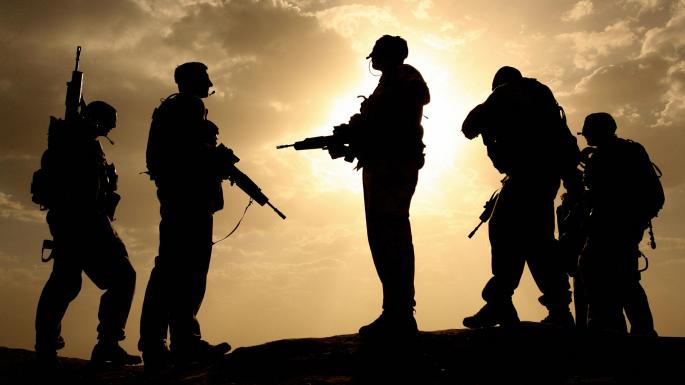 On July 5, local time, the German government announced that it had issued around 2,400 visas to employees (and their relatives) of foreign troops stationed in Afghanistan. This move followed up on the statement by German Defense Minister Annegret Kramp-Karrenbauer in April that Germany has a “deep commitment” not to leave those Afghans who put themselves at risk to help their troops unprotected. But the U.S., which has the most troops in Afghanistan and employed the largest number of Afghan citizens, is showing a different side. Asked about the issue recently, White House press secretary Jen Psaki only spoke in general terms, saying that the U.S. is considering transferring the Afghans to a third country to complete the visa application process there. However, she declined to disclose the destination or the number of people and refused to guarantee that these Afghan people would receive U.S. visas. The U.S. statement bitterly disappointed those Afghans previously employed by the Americans. “Destroying the bridge after crossing the river” and throwing things away when done with them: Is this what America does?

But the U.S., busy withdrawing its troops, does not have the fate of these Afghans on its mind. Since the outbreak of the war in Afghanistan in 2001, approximately 300,000 Afghan civilians have been hired by Western countries, including the United States, to work with them in various jobs including translating, catering, cleaning, mechanical maintenance and security. As a result, these Afghans and their relatives have been targeted by terrorist and extremist groups, including the Taliban. According to the U.S. nongovernmental organization No One Left Behind, so far this year two Afghan translators have been killed every month, a figure that rose to five in May. Since 2016, about 300 Afghans working for the U.S. military have been killed. Despite the Taliban’s recent statement that the Afghans’ lives would not be threatened as long as they showed “remorse” for what they had done, one Afghan, who requested anonymity, said in an interview with Reuters, “I am sure they will kill me” and “it is nothing but a lie … it is just a fake attempt to show a good image … to the world.”

Clearly, U.S. politicians, far away in Washington, have failed to appreciate the dangers in Kabul. U.S. Secretary of State Antony Blinken testified before the U.S. House Foreign Affairs Committee on July 5 that about 18,000 Afghans who worked for the U.S. military are currently applying for special visas, but there have been serious delays to the process.* He pledged to press on with the work, but it is clear that the State Department will not be able to keep up with the pace of the troop withdrawal that could be completed by August. In an earlier report, The Washington Post pointed out that these applications are often drowned in complex bureaucratic procedures and ultimately go nowhere. Deepa Alagesan, a senior lawyer at the NGO International Refugee Assistance Project, says, “they submit [their applications] into a black hole and for two or three years they hear nothing.”

This also proves, once again, that the United States has never really cared about human rights in Afghanistan. Twenty years ago, the U.S. overthrew the Taliban regime in the name of “counterterrorism,” but never completely wiped out the Taliban organization, let alone helped Afghanistan clean up the breeding grounds for terrorist and extremist groups. As Afghanistan’s status on the U.S. geopolitical chessboard has gradually declined and it has increasingly become a “negative political asset” for U.S. politicians, the White House has begun to calculate how to withdraw. As the troop withdrawal looms, Kabul’s weak central government and fragile defense forces have become even more vulnerable. The Taliban have even won victories in northern Afghanistan, where 20 years ago they failed to take the dominant position.

And now, the culprits who launched a 20-year war that eventually led to a humanitarian disaster in the name of “defending human rights in Afghanistan” are preparing to wash their hands of it and walk away, leaving the Afghans alone to face uncertain fears. One anonymous Afghan translator, interviewed by The New York Times said, “[The U.S. is] putting all Afghans at risk, especially those like us.”**

What the U.S. has done has once again clearly shown the world the hypocrisy of the self-declared “defender of human rights.” In the face of the tens of thousands of Afghans who have shed blood and tears for America “defending the cause of human rights,” just where are these “human rights” that U.S. politicians shout about?

*Editor’s Note: This testimony appears to have been given to Congress on June 7, not July 5.