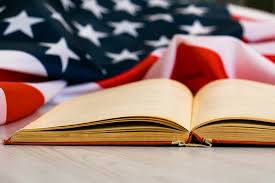 As a historian and a history professor, I am often consulted about the development of textbooks or courses. Every time, you can feel the influence of certain fashionable ideological currents or, worse but much rarer, political distortion.

Even if these traps are already set, they are never as numerous as when it comes to developing a national history course. Why do we offer these courses? What are the specific objectives? What will be the courses’ focus, and the time devoted to them?

Because a historian doesn’t live outside their time, they are sensitive to the concerns of their fellow citizens and to current events. They of course need to be disciplined, but also need to show sensitivity and be open-minded. Generally, they should offer an overview of history by drawing on the most recent studies.

Textbooks in 2021 don’t resemble those from the 1960s, and that is the way it should be. We have integrated new fields of study and considered new approaches, thus enriching the content. Despite this, you have to be careful and stay on the lookout.

For the most part, I believe that Quebec offers quality history education. According to a recent study, this is not the case in many American states. Based on the data collected by the Thomas B. Fordham Institute — an organization considered to be conservative — more than half of states in the U.S. offer young Americans mediocre or inadequate history teaching.

These statistics are alarming, even more so when you consider the political polarization in the United States and disinformation that is always present. More than ever, young people could benefit from a better quality of education; they must be better equipped to distinguish between valuable information and that which isn’t. In order to be intellectually nourished and ready to face the 21st century, it is necessary to acquire a great deal of knowledge, which the internet provides us more and more rapidly, but we must first sort out the sources.

According to the numbers put forward by the Fordham Institute, there are only six states that provide exemplary history curricula. This is undeniably too few.

Other than these six high-performing states, there are 33 whose performance was deemed mediocre or inadequate. Yes, this is disappointing and worrying. Here are some of those dunces in history education according to the institute.

Primary among the criteria used to evaluate the quality of history education were the subjects presented to students, the chosen approach, the type of activities and the time given to study the subjects. By looking through the results, I noted that the best states in this list essentially distinguish themselves because they seem to avoid political misrepresentation. It may seem simplistic, but they teach the whole of history.

Yes, I believe that history education in the United States is a victim of the culture wars. On one hand, states rewrite history and twist it according to whatever is most progressive or “woke.” Rather than incorporate corrections or add subjects hitherto ignored, elements of the program are removed in order to retain only what is of concern in 2021. You can believe that the original intention was honest, but the result is misleading.

On the other hand, there are multiple attempts to counterbalance the current trends. They censure and ban everything that could lead to a reconsideration of the greatness of the state or country. It should not be necessary to modify the hagiographies of the founders or of important people. To hell with nuance or truth; the propaganda and exacerbated patriotism cannot be seen to have a dark side.

By observing the poor results of the study, a question my students asked me keeps coming to mind. They often ask whether young Americans know their history better than we know our own in Canada. Every time, I have to take a moment before offering a tentative answer.

I believe that in the course of their studies, young Americans learn more about their national history than young people in Quebec. However, a young student in Quebec gets a better education than his or her American neighbor.

In order to adequately answer my students, I have to compare our course to those in the U.S. However, I don’t think I’m wrong in saying that, despite a few mistakes along the way and some remaining gaps, our young people are introduced early on to what history is in all its complexity and nuance. This is a clear advantage compared to when you think about too many young Americans who are offered a truncated view or an exercise in propaganda.