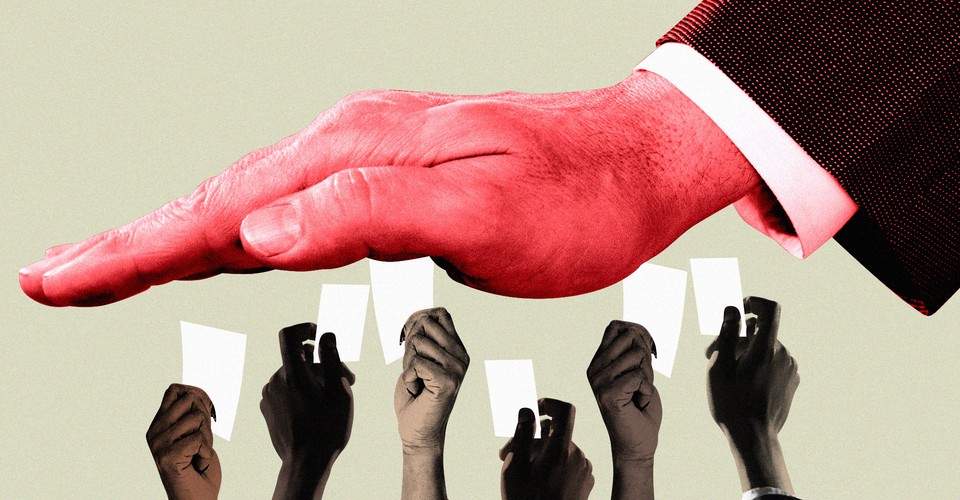 Before it preaches to the world about the value of democracy, America should fix the way democracy has been distorted at home. We cannot repeat the blunders in history.

Election laws in the United States are undergoing a series of revisions. There are conspicuous movements to enforce stricter identity verification for mail-in and early voting and bills to reduce the amount of voting time and the number of polling places.

Minorities, such as Black and Latino individuals, are especially concerned. They are less likely than white people to have ID such as driver’s licenses. Furthermore, voting is becoming more difficult for the lower class who work long hours.

These sorts of measures are apparent in states where Republicans control the legislatures, and such bills have been passed in 17 out of 50 states.

This is supposed to guard against fraudulent voting, but there is no evidence of rampant fraud. It is obvious that the bills are intended to disenfranchise minorities and the disadvantaged, who strongly support the Democrats.

America has an unfortunate history when it comes to voting rights, which were afforded to Black people in 1879 after the Civil War.

Yet subsequently, some states enacted reading and writing tests and poll taxes, and discrimination that deviously prevented Black people from voting continued until the 1960s. Bringing voting restrictions back would appear to add to this historical stain.

Former President Donald Trump looms in the background. He insists that last year’s presidential election, when mail-in and early voting increased, was illegitimate and that the election was stolen.

As Trump continues to incite the masses with his self-centered complaints, Republicans have still not reevaluated their relationship with him. Instead, they sympathize with him in their effort to share in his deep-rooted popularity.

A Republican congresswoman who criticized Trump for his involvement in the attack on the Capitol was ousted from her leadership post. The Republican Party, which is stifling any serious internal deliberation, should reflect on whether it represents the legacy of Abraham Lincoln, who preached the virtue of freedom.

Beyond America, protest which rejects election results and the legitimacy of new governments is evident elsewhere around the world. In Myanmar, the army launched a coup after a general election. Rejecting an unfavorable election result and alleging illegality is also a tactic Trump uses.

Fair and impartial elections are the foundation of democracy. Fraud obviously cannot be permitted, but actions that alter the system for partisan interests will deepen distrust in politics. In America’s case, the internal divisions will grow even wider.

Biden has launched a battle against autocracy and considers China as his greatest rival. Given all that, we wish he would remember that China often uses discrimination and political strife in America to respond to criticism about its own human rights issues. America must restore its political process if it is to remind the world about the superiority of democracy.