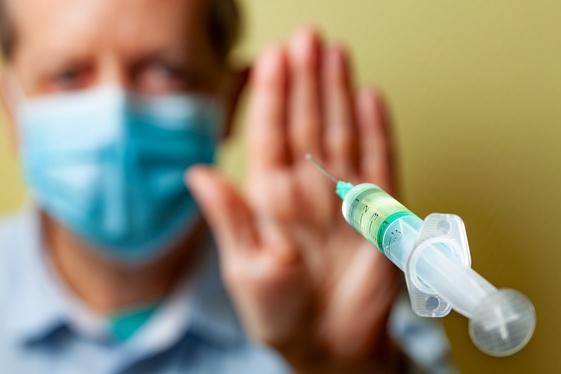 Resistance to immunization undermines the progress in controlling the pandemic in the U.S.

The Delta variant of the COVID-19 virus is a cause for concern. Among other relaxation measures, the United States has even dispensed with masks for those already vaccinated, given the progress in controlling the pandemic.

The daily average of new cases grows. Hospitalizations and deaths too, but at a much slower pace than new infections.

Surprisingly, the contagion resurgence also brings good news. The most important fact is that the vaccines work, even against the dreaded Delta variant. About 97% of new hospitalizations occurs among unvaccinated individuals. The situation is more serious in the states that have the lowest vaccination coverage.

In Vermont, where vaccination reached 67% of inhabitants, the rate of recent infections is only 4 per 100,000. While the number of new cases has grown in Vermont, unlike in Louisiana, hospitalizations have dropped and no deaths have been reported.

At this point, the biggest problem in the U.S. is called vaccine hesitancy, defined as the refusal or postponement of immunization when products are available. There are vaccines for all adults and adolescents who wish to take them, but coverage with two doses reaches only 49% of the population.

After a significant advance in the first semester, the process is now much slower. As the portion of Americans who were willing to get vaccinated has already done so, progress now depends on convincing those who are reluctant. In the past, the U.S. was giving out 3.3 million shots a day; now, it inoculates around 500,000.

Companies and states already offer various vaccination incentives, including cash prize lotteries, days off and even free beer. The next step is to demand a vaccination certificate for the exercise of certain functions and activities.

Brazil is far behind in coverage, with only 24% of adults fully immunized, and there are not enough vaccines for everyone who wants to have them.

However, Brazil has the advantage of having a less reluctant population. According to the latest Datafolha survey, 94% has either already taken the vaccine or intends to do so when possible. According to the Economist/YouGov survey, the average is only 70% in the U.S.