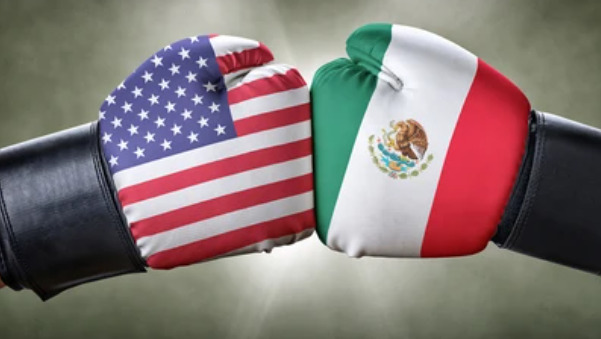 The economic and geopolitical importance of Mexico and its social impact on the United States hasn’t changed.

The hearing in which Ken Salazar, the nominee as ambassador to Mexico, appeared before the U.S. Senate highlighted the main issues Congress has regarding Mexico: The rule of law, respect for investments, energy, violence, and human and drug trafficking.

The economic and geopolitical importance of Mexico and its social impact on the United Stated hasn’t changed as much as current perception about the situation, according to the senators who took part in the hearing with Salazar, who asked about the rule of law? The questioned why President Andres Manuel López Obrador appears hostile to American businesses. Why he seems does he seems less willing to cooperate with his counterpart, Joe Biden, than with Donald Trump in regard to migration and border control. And why there has been violence against journalists.

The hearing of the Senate Foreign Relations Committee was more than interesting, in this sense. For his part, Salazar emphasized the importance of the relationship between Mexico and the U.S., not just in geopolitical and economic terms for one another, but also in social terms. “Our futures are inextricably bound together,” he said.

This reality has ruled the bilateral relationship for years, to the extent that former U.S. Ambassador to Mexico John Gollenor Pablos, also known as the actor John Gavin, defined it as “a marriage without possibility of divorce.”

The fact is, for decades the political and diplomatic relationship between the two countries has been conducted through the two presidents, the White House leader being the main lobbyist for the Mexican government in the U.S. Congress.

U.S. presidents frequently used the argument of national interest or national security to either exclude or help the Mexican government, with Congress approving such measures as the certification for the fight against drug trafficking (provoked by the death of agent Enrique Kiki Camarena) or the approval of emergency loans to avoid the collapse of the Mexican economy. This certainly wasn’t done out of pure goodwill, but rather for convenience, given the size and scope of the bilateral relationship.

Within its limits, the Mexican government reciprocated with its own favors, but, above all, with a practical alignment that also allowed them to maneuver independently on foreign policy issues, such as relations with Cuba or the situation in Central America.

The unwritten agreement was reflected in the two principles of the bilateral relationship: to agree to disagree, and to keep problems separate to avoid contaminating the rest of the agenda.

From the American point of view, in the words of Salazar, “We can’t afford to have our relationship with Mexico go into an abyss of dysfunction.”

This formula and modes of operation are being tested.