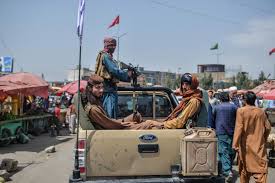 The war in Afghanistan comes to an end after 20 years with the complete withdrawal of U.S. troops. It is the longest war waged by the global power. After the Sept. 11, 2001 terrorist attacks, the United States discovered that al-Qaida, led by Osama bin Laden, was hiding in Afghanistan, and demanded that the Taliban regime extradite the perpetrators. When they refused to do so, the United States immediately invaded. Initially, the goal was to track down al-Qaida and dismantle the Taliban regime, but it later evolved into building a democratic state with the support of the United Nations. And it ended in failure. The prevailing prospect is that the pro-U.S. regime will soon collapse, and the Taliban will take over Afghanistan*. It is the second war that the United States failed to win and is being defined as the “second Vietnam War.”

How did the Taliban survive against the world’s strongest army? First, the U.S. military lost the political war. Americans considered the Taliban, a nationalist association, given their resistance to the occupation forces. In addition, the government promoted by the United States was corrupt and incompetent, even though it pursued formal democratic processes such as elections. This is similar to the way Chiang Kai-shek’s corrupt National Revolutionary Army fell to Mao Zedong’s Red Army. It is also similar to the Vietnam War in the use of guerrilla warfare. While the Viet Cong defended its country with double and triple tunnels, the Taliban hid in mountain caves. The conditions that make it difficult for U.S. troops to distinguish enemy forces were also similar. As stated in the memoir of Gen. Chae Myung-shin (“The Vietnam War and Me”), the Viet Cong consisted of children, girls and the elderly, mixing with villagers. However, when their opponent’s weakness was exposed, they turned into terrorists and lobbed grenades. It was also common for Viet Cong women to lure the U.S. military with prostitutes.

The failure of the U.S. military is easier to understand if we look at the characteristics of Afghan society. The vast majority of the population consists of the younger generation. They are not properly educated and find it difficult to get a job. The Afghan government failed to establish an economic and social system in which young people could find employment and settle down. The younger generation felt it was more productive to earn money by joining the Taliban and doing its business, such as planting landmines. This recalls Thomas Hobbes, who preached the natural state of man in the 17th century in connection with the need for a strong state. When one feels it’s impossible to make a living and sustain life, the individual loses the luxury of thinking about freedom.

In view of the war in Afghanistan, the United States must revisit how reckless it was to pursue the “export” of democratic norms, values and institutions without any sophisticated strategy. The United States emphasized democracy only to hostile nations and closed its eyes to nondemocratic nations with whom it remains on good terms. Double standards are bound to be less effective and convincing. America’s long-standing support for Saudi Arabia, far from being a democracy, and its policy with respect to Egypt, which is not a democracy but serves as an intermediary between Israel and Hamas, and its policy with respect to India are silently accepted perhaps because of America’s Indo-Pacific strategy. The U.S. becomes selectively involved in areas that serve it interests.

To make matters worse, the United States is also in the midst of a huge democratic crisis at home. Beyond the racial conflict symbolized by the death of George Floyd at the hands of police, the United States is facing threats to its democracy and national identity. Political leaders such as Donald Trump promote hatred rather than recognize the rules of democracy. The COVID-19 pandemic has exacerbated hatred and discrimination. The birthplace of modern democracy cannot serve as an example, and that is why the United States’ call for international democratic solidarity rings hollow.

Editor’s Note: The Taliban took control of the Afghanistan government on Monday, Aug. 16.