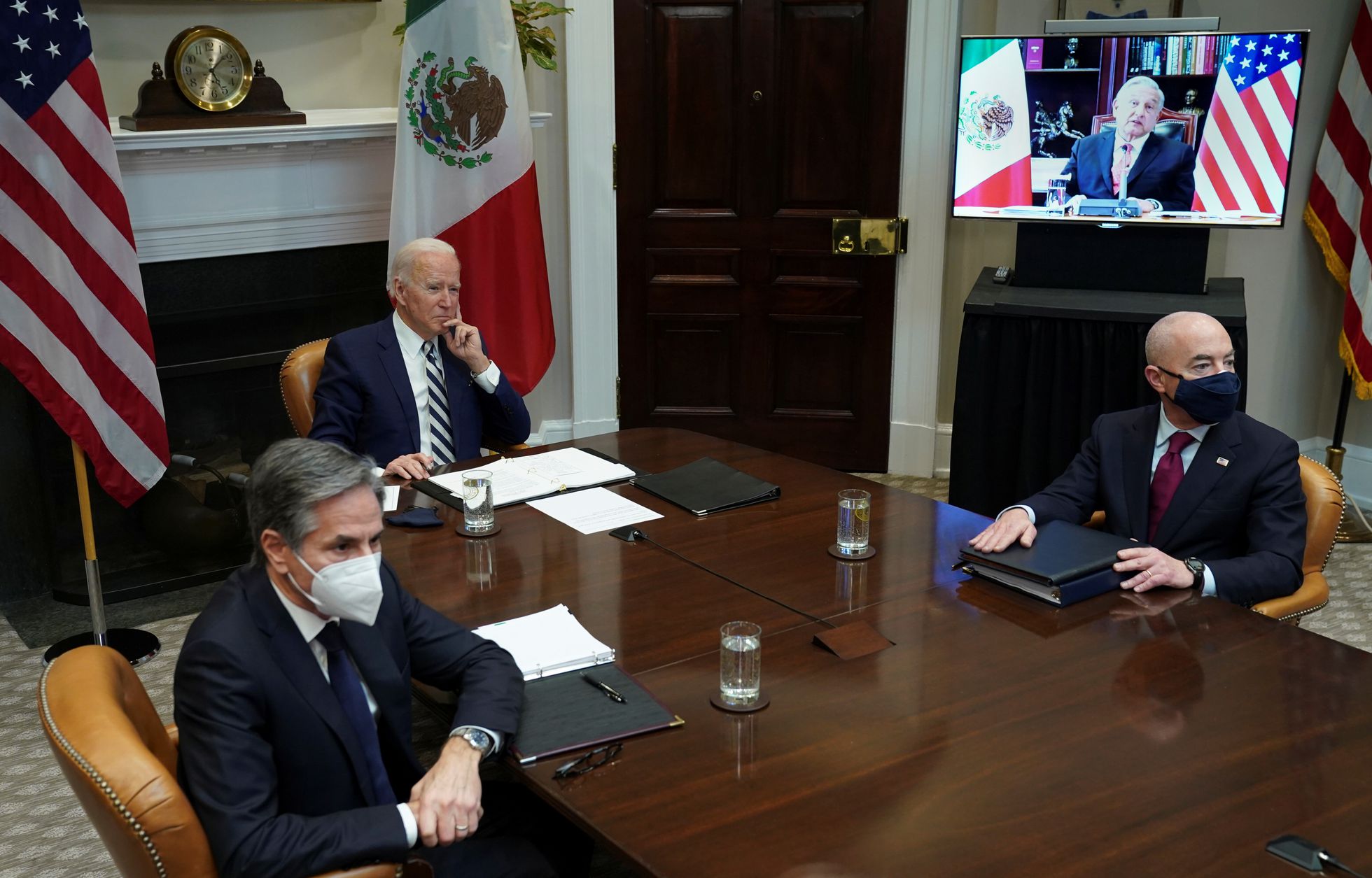 The deteriorating relationship between Mexico and the U.S. may have tragic consequences for the Latin American country. The countries should avoid gratuitous confrontations that result from blowing off steam.

The always complicated relationship between Mexico and the United States is clearly deteriorating. In recent weeks, friction over the economy, politics, health care, insecurity and the environment is starting to create a strained atmosphere in which Mexico will undoubtedly bear the worst consequences, considering the huge inequality in the balance of forces between the two countries.

The most prominent economic tensions are emerging from the new trade agreement, which includes tighter restrictions with regard to the automotive industry and maquiladora industry in general,* as well as tougher wage and employment adjustments (which Washington is using to to reassure its own working-class sector, one that was once sympathetic to Democratic politicians). The pressure from certain U.S. corporate interests, especially in the energy sector, should not be underestimated, impacted as they were by the counter-reform that the administration of Andrés Manuel López Obrador promoted.

Beyond the controversy that could arise from the Mexican government’s intention to increase it interference and control over these matters, the truth is that many of the contracts signed with foreign countries during the previous six-year period are truly abusive and have led to a reevaluation. This has caused obvious discomfort within the companies affected. Apart from lobbying on Capitol Hill and at the White House, these powerful groups are helped by the fact that they can pass some of their interests off as environmental concerns. President Joe Biden’s penchant for alternative energy and his fight against climate change stand in contrast to the Obradorian government’s proclivity to use fossil fuels. This is a source of growing friction between both governments.

For now, the greatest tension stems from the divergent handling of the pandemic. The neighbor to the north’s border closure affects nonessential travel and is disrupting life on both sides of the wall. And despite the Mexican government’s efforts to vaccinate 100% of adults in bordering cities, Washington is not yet satisfied. Worse still, there is a risk that some kind of prohibition will spread to areas that depend on tourism such as the Mexican Caribbean or Los Cabos.

Matters of public safety and the war on drug trafficking are not having the best moment, either. The Drug Enforcement Agency has not yet recovered from the friction caused by the case of the former Mexican defense secretary, who was arrested in the United States and accused of having links with organized crime. The protection provided by the Mexican government and the strong accusations against the FDA, which were called intrusive, created tension that will take a long time to dissipate.

Political instability in Cuba opened up an unexpected front in this list of conflicts between the two countries. Although it is true that López Obrador has tried to cultivate a neutral relationship around geopolitical issues of interest to Americans under the banner that the best foreign policy is domestic policy, the Cuban matter is an issue he could not dismiss. Historically, even under neoliberal governments, Mexico has maintained an independent position with respect to the Caribbean island, standing against the isolationist policy promoted by the United States. The announcement in the last few days that Mexico would be sending fuel to Cuba may have been interpreted by hawks in the State Department as a refusal to follow U.S. strategy. The State Department has already made its its irritation known with respect to López Obrador’s recent remarks about the need to replace the Organization of American States with a different organization, one less supportive of Washington.

It is not easy to explain in an article why López Obrador had such a cordial, even warm, relationship with Donald Trump, and why he has such a distant relationship with Biden. On paper, it should have been quite the opposite. It is not easy to explain also doing so depends in large part on personalities. Despite their different beginnings, Trump and López Obrador seemed to be united by the mutual awareness of being outsiders with respect to the political elite, nationalists who are distrustful of multilateralism or globalization and have a blind faith in the power of personalized voluntarism exercised as a president. Without admitting as much, at least López Obrador seems to view Biden as a professional bureaucrat. For his part, Biden has greatly refrained from expressing any opinions about López Obrador, but has made it clear that he would rather not have to deal with him directly.

Certainly, none of this means that there is a severe political or economic crisis in the relationship between both countries. There is so much interdependence and complexity in the ties between the two nations, and at so many levels, that most of the inertia takes place despite the politicians’ likes and dislikes and their respective idiosyncrasies. However, the backlash these disagreements may cause cannot be understated either. Tighter terms at the negotiating table or the simple desire to send a warning could result in tragic consequences for avocado exporters, the transport and maquiladora industries, or some tourist resort, to name some delicate areas.

The proximity between such different and yet interdependent countries causes friction, which is natural, but also necessary if such countries want to keep from being overwhelmed by the consequences that come from being unequal in size and power. Many of those on this battlefront respond to Mexico’s legitimate right to maintain its sovereignty and defend interests that are vital for the country and its citizens. However, the damage control response caused by this friction should not be disregarded, since certain Mexican lives and fortunes depend on it. Above all, gratuitous confrontations should be avoided, since they simply arise from wanting to blow off steam over an occasionally irritating neighbor, or are attributable to what Fito Paez** would call a clash of personalities.

*Editor’s note: Maquiladoras are companies that export finished goods made by factories, allowing the factories to operate with little to no concern about about tariffs or export duties.