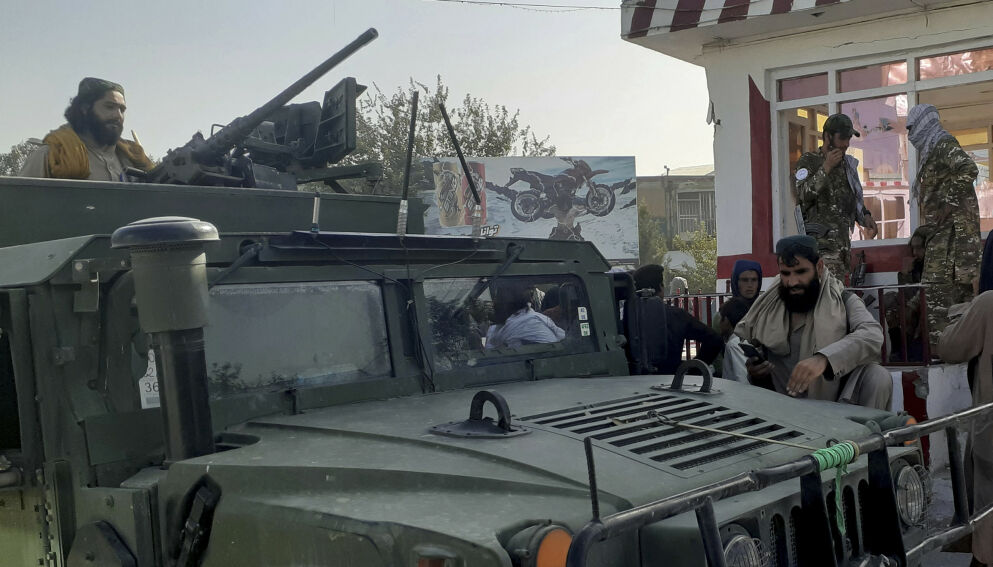 The Taliban is steadily taking more and more territory in Afghanistan, armed with American weapons and vehicles, a result of many years of NATO presence in the country.*

Talks began today in Qatar’s capital, Doha, in an effort to reach a cease-fire in Afghanistan. The Afghan government, the Taliban, the United States, Russia, China, the U.N., the EU and Pakistan are the primary participants, but it is not likely that everyone will be present at the meeting. The talks that do take place are also, unfortunately, not likely to accomplish much.

U.S. Special Representative for Afghanistan Reconciliation Zalmay Khalilzad is aiming to pressure the Taliban to stop their advance and accept a cease-fire. There is little reason for the Islamic holy warriors to agree to that now, as long as they are on the offensive.

Indeed, the Taliban should be sending a big thank you to the United States. During the advance of the last few weeks, they have taken over weapons, military gear and military vehicles. The NATO-trained Afghan military forces in many instances have simply fled without fighting the enemy – and without taking their military equipment. Some of them the Afghan military likely dressed as civilians to avoid discovery.

The Taliban forces have arrived at a banquet table of resources.

When a team of reporters from the British news channel Sky News was allowed to accompany a Taliban group into Wardak province near Kabul at the beginning of July, reporters were shown an arsenal of commandeered weapons placed in several containers. There were automatic weapons, sniper rifles, grenades and other ammunition, 30 armored Humvees, 20 military pickups, and 15 articulated military trucks. The weapon containers showed that the contents were produced in the United States.

Police fled from two of the rural towns the Taliban captured this weekend. They left dozens of modern police vehicles, which the Taliban will surely make use of in the future.

Is this the kind of fighting spirit NATO soldiers were teaching the Afghan soldiers and police? Aren’t the Afghan people known for being proud, brave and brutal warriors?

Officially, the Afghan army consists of around 300,000 soldiers. However, American figures show there are only around 180,000 who are combat-ready at any time. That might be enough if all of them were equally motivated.

From the start, since American and British forces began to train a new national Afghan army in 2003, the loyalty and morale have remained mediocre. Many have naturally been skeptical about western “infidels” telling them what to do. Others had more fervent skepticism about the country’s government, which they see as corrupt. Many Afghan national soldiers combine their government day job with serving as rebel soldiers at night. A great number have deserted through the years. There has been very little cooperation between the political and military leadership in the country, which has resulted in ineffectiveness, among other things. Loyalty to warlords and tribes has led to a lack of coordination and disagreement about common goals.

There are also many capable officers and soldiers in the Afghan army, including, of course, the special forces. However, they face an enemy force consisting of between 55,000 and 85,000 warriors – all of whom are strongly motivated. They want to return to the time before they were wrested from power, albeit temporarily, after the American invasion in late autumn 2001.

So far, the Taliban has said no to a cease-fire. Experts are not sure if the Islamist group is seeking a full military victory, or if they merely want to hold as many cards as possible so they can determine most of the terms in any potential political and military agreement with the government.

Either way, the situation is not looking good. In several areas that the Taliban have captured the last few weeks, women have had to put on burqas once again and girls’ schools have been closed. Of course, the burqa has lived on under the Afghan government’s rule too, especially in conservative religious circles. However, it hasn’t been mandatory, as it is becoming now.

Since Friday, the Taliban have taken at least six provincial capitals, primarily in the northeast – but also in the southwest, where Zaranj fell last Friday. The city is on the border with Iran, while many of the places in the northeast border Pakistan, Tajikistan and Uzbekistan.

And what does that mean?

Well, that the Taliban want to control trade and passenger traffic coming over the border. Controlling trade is especially important, because the Taliban will be able to gain income through duty and tariffs.

So, we’ll see what the meetings in Doha will lead to. Cooperative pressure on the Taliban is unlikely. Pakistan has a better relationship with the Taliban than with President Ashraf Ghani’s Afghan government. In addition, Russia and China have little interest in the U.S. achieving its objectives.

Meanwhile, the Taliban will most likely be gathering American weapons by the bucketful.

*Editor’s note: This article was originally published before the Taliban effectively took control of Afghanistan on Aug. 16.