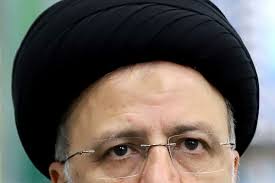 Ebrahim Raisi, an anti-American hardliner, has been inaugurated president of Iran and will soon form a new government. The critical question is whether it will be possible to restart negotiations on rebuilding the Iran nuclear agreement.

At the administration of his oath of office, Raisi demanded the lifting of American sanctions on Iran, stating that he supported “any diplomatic plan that will realize that objective.” He did not express opposition to a resumption of talks.

The nuclear agreement collapsed when the Donald Trump administration unilaterally withdrew from it and reimposed sanctions on Iran. It is natural for the Iranians to be suspicious of any move to revive it.

On the other hand, the Joe Biden administration criticized the withdrawal, and with the European Union as an intermediary, carried out indirect talks with the preceding Hassan Rouhani administration in an effort to revive the deal. However, no agreement was reached; since June, talks have been suspended.

Further destabilization of the Middle East is unacceptable. The inauguration of a new Iranian government must be taken as an opportunity to restart talks and rebuild the nuclear agreement.

Iran under sanctions has seen its oil exports decrease sharply and its economy ruined. Blackouts and water shortages have occurred, and protests have broken out.

Raisi must recognize that only through improving relations with the West can he place his country on the path to economic recovery, and stabilize the domestic situation.

Raisi, who has no diplomatic experience, is expected to closely follow the will of his primary backer, Supreme Leader Ali Khamenei. Khamenei and the Iranian leadership’s hardline stance and distrust of America are worrying.

In talks held thus far, it seemed as if things were going well, with the Americans even presenting a list of sanctions they were willing to lift. The Iranian leadership, however, continued to push for their wholesale revocation, and was not willing to compromise.

The American side, meanwhile, began to demand restrictions on ballistic missile development following hardline agitation in Congress. If both sides maintain this posture, there is no hope for any agreement.

It is worrying that, with the talks stagnant, tensions in the region are increasing. Iran is expanding its uranium enrichment program in defiance of the agreement, and is progressing toward the production of weapons-grade uranium.

Iran must stop fanning the flames of crisis with the aim of demanding a total end to sanctions. Its enemies, like Israel, are bound to react, which could likely lead to an accidental confrontation.

The Iranians are preparing for the possibility that the sanctions are here to stay, and are thus strengthening their relationship with China and Russia. America must cooperate with those countries, which are both parties to the nuclear agreement, to move things in the right direction.

The state of the Middle East has a great impact on Japan. Japan has traditionally had a friendly relationship with Iran, and has a responsibility to promote the improvement of Iranian-American relations.

About Max Guerrera-Sapone 24 Articles
Max has a degree in Japanese studies from University of Edinburgh. His research is focused on Japanese internet politics and media studies. He also has a deep interest in Japanese linguistics, and specifically, the Japanese writing system.