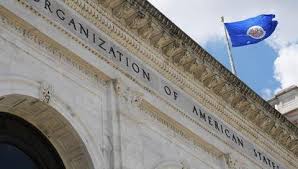 The U.S. colonial ministry, the Organization of American States, has failed to secure condemnation of Cuba to support its economic war against the Caribbean island.

This past week was full of developments that show despite the fact that the U.S. and the most stubborn sectors of the anti-Cuban diaspora wish to suffocate Cuba, it seems that things have started to go in the opposite direction. This includes the radicalization of Mexico and Argentina’s official position against the blockade, the Organization of American States’ failure to achieve a resolution condemning the island, the failure of the intervening flotilla from Miami and the arrival of material aid in Cuba.

According to analysts, Joe Biden’s opportunism and his Anglo-Saxon pragmatism have led him to renege on his campaign promises. During the campaign, Biden said he intended to lift the sanctions Trump imposed on the Caribbean country. However, Biden walked his campaign promise back in response to the latest failures, namely, the protests in Cuba, organized by the general staff of the Miami counterrevolution in coordination with Washington, to be implemented through social media and counterrevolutionary actors in the Antillean pearl.

The worsening economic situation on the island because of lost income from declining international tourism and lost remittances from Cubans in the U.S. of the blockade were to be the catalysts for the insurrection, along with blackouts in the middle of the excessive summer heat, an exponential spike in COVID-19 cases and deaths, and the lack of food and medicine, all of which were intended to create an explosive scenario that could be exploited over the internet.

Be that as it may, the Cuban people and the government managed to put a stop to the uprising in 48 hours. The external enemies of the revolution could only wage its war on virtual terrain, where they could paint an apocalyptic scenario of Cuba, with revolts, repression and crime that exist only in their perverted and prolific imagination.

The repulsive performance of the discredited OAS in its attempt to convene a virtual assembly to condemn Cuba for the alleged wave of repression violation of human rights ended in resounding failure. Most of the OAS member nations rejected the scheduled meeting for procedural reasons based on the fact that Cuba does not belong to the discredited organization since it was expelled in January 1962.

The failure to resolve matters led OAS Permanent Representative Washington Abdala — another Uruguayan who is beholden to the empire, just like his boss, Luis Almagro — to send a letter to the member delegations, in which he complained bitterly about the lack of any positive response and postponed the meeting indefinitely.

The problem is that Almagro and Abdala feel entitled to discuss Cuba’s affairs at the OAS headquarters in Washington. They consider Cuba to be ineligible as a member of the organization considered to be an instrument of Pan-Americanism and the Monroe Doctrine. That is so because they feel that although the island was expelled in 1962 for its communist regime, that decision was overruled in 2009 in San Pedro Sula, Honduras, during a plenary meeting of the OAS, at which Cuba was invited to rejoin.

What these people fail to consider is that, according to governing agreements, the voluntary principle must be respected above all. As many may remember, Cuba was grateful for the invitation, but very clearly expressed the will to remain outside an organization that generates such profound backlash from its people. As if that were not enough, the OAS has recently come under heavy criticism for its biased approach to the demonstrations in Chile, Ecuador, Guatemala and Colombia.

What is certain is that the tide that brought the media riots to the island on July 11 is clearly ebbing, and the opportunism of the OAS, which is well aware of the implications and criminal effects of the over 60-year-old blockade against the Antillean country has provoked increasing repudiation by leaders of the region.

Now these leaders have jointly attacked the blockade and the OAS, which has uttered a word of condemnation against this U.S. monstrosity and has become an accomplice in all the wrong political causes on this continent.

Presidents Andrés Manuel López Obrador of Mexico, Alberto Fernández of Argentina, Daniel Ortega of Nicaragua, and Luis Arce of Bolivia have attacked the OAS and the blockade. Hebe de Bonafini, president of the Argentine Association of Mothers of Plaza de Mayo, has also taken attacked the OAS, in addition to other prestigious figures who are among more than 400 others who have spoken out vigorously against the blockade and harassment of Cuba in a letter published in The New York Times.

Thus, while López Obrador called the blockade an unacceptable medieval measure taken against a brother country that only wants to live in peace, Minister of Foreign Affairs Marcelo Ebrard expressed that, with its current policy of sanctions and punishment, Washington “is reaching the limits of logic, even of the ethics of the blockade.”

For his part, Fernandez said last Wednesday in Lima, Peru, where he attended the inauguration of President Pedro Castillo, that the OAS has gradually suffered an enormous loss of prestige and has ceased to be an organization that serves Latin America.

The statesman stressed that it is still astonishing to see the things that happen in the OAS under Almagro’s administration, who subjected the organization to an institutional coup, referring to OAS actions during the coup d’état in Bolivia. The Argentine president also referred to López Obrador’s proposal to replace the OAS with the Community of Latin American and Caribbean States.