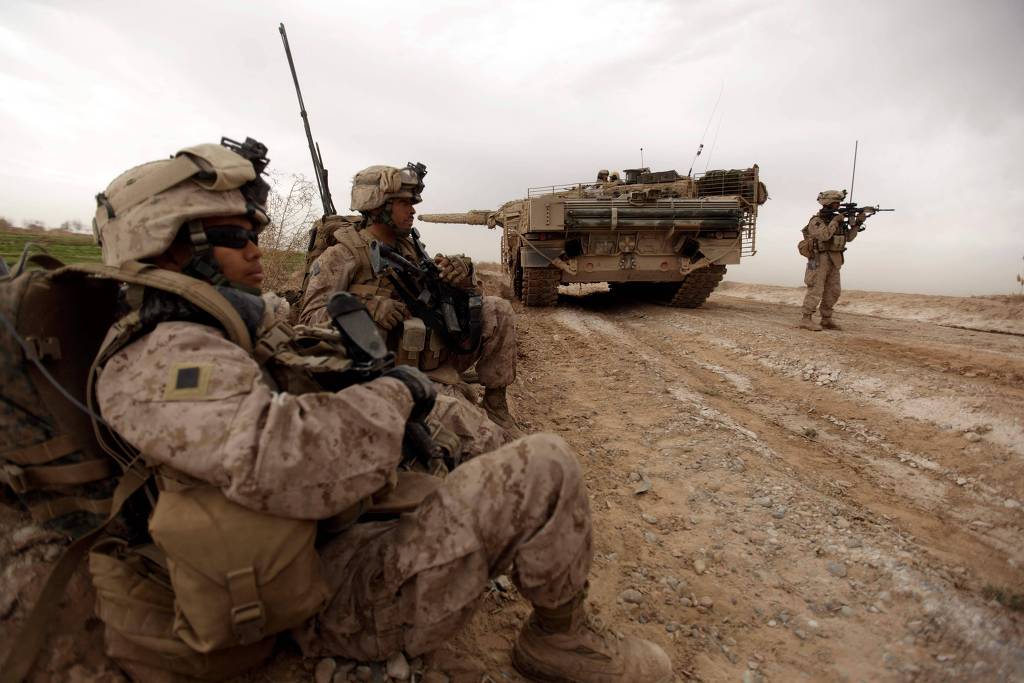 One watches the withdrawal of American troops from Afghanistan and asks: What was the ultimate goal?

Why did the U.S. invade the country in 2001, spend billions of dollars, cause the death of 50,000 Afghan civilians and 3,500 coalition soldiers? So that the Taliban can return stronger, and this time around with allies in Beijing, Tehran and Moscow?

And the question still remains: What will become of the poor Afghans who collaborated with the United States and its allies?

Knowing that the visa program for them to leave the country is time-consuming and limited, one does not need a brilliant imagination to know the eventual fate of these people.

It is true that nothing that is happening now is news. In 2001, victory was easy. But it was also temporary; beginning in 2006, the Taliban began to leave their caves in Pakistan to resume hostilities and regain territory.

When Barack Obama took office, there was only one priority: to flee.

There will be several explanations for this epic disaster. But one, perhaps the most significant, deals with America’s naivete when it comes to tribal realities.

A book by author Amy Chua, which should be a required reading in Washington, explains this Achilles’ heel with pedagogical patience. The book is entitled “Political Tribes: Group Instinct and the Fate of Nations.”

The problem, Chua argues, is the reductive vision that presides over American foreign policy. Everything is conceived in simple terms — good against evil; light against darkness — while the Western democratic model is considered to be universal and exportable.

If Americans, despite their multiple national or ethnic origins, become “Americans,” why can’t Sunnis, Shiites or Kurds become “Iraqis”? Why can’t Pashtuns and Tajiks become “Afghans”?

What is interesting in Chua’s book is that it broadens the focus and goes back to the first of American traumas: Vietnam.

Using the lens of the Cold War, the Vietnam conflict has no complexity: on the one hand there is democracy and on the other communism. Losing Vietnam was the same as gifting it to China.

In no way do I find the ideological dimension of the war insignificant. However, this view had a blind spot. It allowed one detail to escape the strategists: Vietnamese nationalism was fundamentally anti-Chinese. Historically, the Vietnamese identity was built in opposition to the supremacy of China, which ruled the country for 1,000 years.

But this opposition was not just historical, it was current. As Chua writes, the country’s minority of Chinese descent — the Hoa — were politically and economically dominant. The same happened with the French colonization.

American intervention continued in the south of Vietnam. For Vietnam, defeating Ho Chi Minh was not only about defeating a communist enemy, which in itself was commendable, but also handing the country over to a corrupt Chinese elite who — as a joke — were a symbol of democracy.

When the United States condemned South Vietnamese reluctance to contribute to the war effort, it was because it did not understand Vietnam’s ethnic nationalism and hostility toward China.

No wonder that, after the last American troops left Saigon, the communist regime began to persecute and eliminate its supposed Chinese “comrades.” In 1979, Vietnam and China were at war — and not just because of Vietnam’s proximity to the Soviet Union. Resentment had been building for a long time.

It is this ignorance that fueled the campaigns in the Middle East. Punishing the Taliban for Osama bin Laden’s attacks is one thing. Another, slightly more insane, was to believe that Iraq could be the second liberal democracy in the region, after Israel.

I am old enough to remember these neoconservative debates: If Germany and Japan were authoritarian regimes and became successful democracies, why not try the same with Saddam Hussein’s regime?

The answer, well remembered by Chua, is that Germany and Japan were ethnically homogeneous. In Iraq, alienating the Sunnis (minority) and handing over the country to the Shiites (majority) could only result in Islamic State and other similar aberrations.

The same goes for Afghanistan. The Taliban are a medieval and fanatical group, no doubt, even though they created a school in the West with the newest craze of knocking down statues.

No one doubts that the Taliban exists because of Pakistan’s sponsorship and the support of a substantial part of the Pashtun population, the majority in the country, and that it fears above all the Tajik and Uzbek minority — who ruled Afghanistan between 1992 and 1996, until the Taliban coup.

When we know today that the so-called Afghan army is overwhelmingly made up of Tajiks, is anyone surprised by the apparent ease (and complicity) with which the Taliban advances, especially in the rural (and Pashtun) part of the south of the country?

One day, Mahatma Gandhi was asked what he thought of “Western civilization.” He replied, “I think it would be a good idea.”

I’m not that skeptical; I still think “Western civilization” — democracy, human rights, separation of powers, individual autonomy, etc. — is a good idea. Even with its imperfections, it has been making its way to this part of the world.

But I hold no neoconservative illusions that this good idea can flourish on strange soil, especially when tribal identities are stronger, and more complex, than the simple philosophy of the idealists. Am I a pessimist?

I admit I am. And I regret that this pessimism did not command the troops in 2001. We certainly would not be witnessing now the great betrayal of 2021.

*The original content of this article is available with a paid subscription.