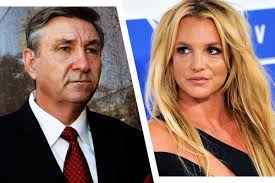 The pop star’s struggle, which finally came to a close at the end of the week, cast a dark cloud over the institution of conservatorship. The Israeli judicial system must do everything it can so that a situation like that will not happen here.

Britney Spears’ extended conservatorship battle finally ended last week when her father, James, told a U.S. court that he was voluntarily resigning as the conservator for his daughter and as manager of her business and finances.

It is well known that this whole situation started in 2007, when Spears, 26 at the time, suffered a mental breakdown. At the time, she was married and the mother of two children. She was hospitalized against her will, her husband was awarded custody of her children and the court appointed her father as her conservator, on a temporary basis at first, and later permanently.

For many years now, Spears has been under her father’s conservatorship, but she was allowed to appear in concert, conduct her relationships with people, go on vacation and lead her life almost normally, at least that’s how it appeared. Since being placed under conservatorship, she has released hit songs and albums that were successful all over the world. She has made numerous international appearances, launched a perfume brand, was a judge on the program “X Factor,” created a line of designer underwear, participated in a documentary and more. But in 2014, she initiated a legal challenge to the conservatorship, in which she claimed that her father hospitalized her against her will, forced her to take medication and prevented her from having children. After these charges, one of her fans launched a protest movement called #freebritney.

My inclination as a lawyer is to believe that the judicial system in California would not have imposed the conservatorship over Spears if she were able to manage her own affairs. Still, the appointment of a conservator is a radical step that has the potential to become abusive, infringing on an adult’s freedom and rights. The fact that it is managed pursuant to a judicial order does not change these facts. In speaking out, Spears removed the veil over the institution of conservatorship.

The way I see it, there is no reason to appoint a conservator for a person who works and functions, even if he is sick or does not know how to run his financial affairs. Spears’ problem was not that the conservatorship seemed to be set up to earn a profit for her father, but that, under the conservatorship, she had no right to choose representation for herself and no one could speak up for her.

In Israel, in order to appoint a conservator for anyone, one must get an expert opinion on that person’s ability to manage his affairs. The law here obligates one to hear the position of the person for whom a conservator is being sought, if he is able to express his position regarding the appointment. It is reasonable to assume that Spears’ strong opposition to the conservatorship was heard loud and clear in Israel.

With that, it is not outside the realm of possibility that what happened to Spears could happen here. If there is no one who will speak up on behalf of a person who is being forced to submit to a conservator, it is likely he will find himself starring in the same kind of bad movie in which Spears found herself. The judicial system does the best it can, but sometimes outside influences brake through, and you need a lot of strength to expose the situation, fight back and seek justice.

The writer is an expert in family and estate law.