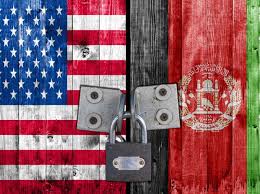 Can its allies still rely on the United States? America’s huge failure in Afghanistan will have consequences for American diplomacy, and criticism of Joe Biden is mounting.

The Taliban victory deeply damages America’s image. At the end of 20 years of military presence in Afghanistan, the United States’ longest war has ended in a spectacular victory for the Taliban, permanently tarnishing the image of the world’s greatest power.

The collapse of the Afghan government and its Washington-funded army on Aug. 15, the flight abroad of President Ashraf Ghani, and the procession of helicopters evacuating staff from the American Embassy: These historical facts are likely to overshadow assurances from the Biden administration that the mission was successful.

With the Taliban in power once again and less than a month remaining until the anniversary of the 9/11 attacks, the question of “why?” is likely to be asked again with renewed insistence: Why were 2,500 American lives lost? Why has the bill exceeded $2 trillion?

Some, like Republican Rep. Liz Cheney, are already concerned that the debacle will undermine Washington’s activities in other arenas abroad, and that the United States no longer instills the same fear in its enemies.

The United States’ defeat means that “America’s adversaries know they can threaten us, and our allies are questioning this morning whether they can count on us for anything,” she continued.

Husain Haqqani, a former Pakistani ambassador to the United States, had the same message. “America’s credibility as an ally has eroded because of the manner in which the Afghan government was abandoned during the Doha talks,” he commented, referring to the series of international meetings held in Qatar, which later broke down.

For Haqqani, now an expert at the Hudson Institute, the way in which the Taliban manipulated American delegates at these meetings “will encourage others to engage in similar duplicitous diplomacy.”

‘This Is Not Saigon’

In its defense, the Biden administration may reiterate that the Doha agreement was negotiated by former President Donald Trump, and that the majority of Americans are opposed to an endless war.

But Trump intends to shift the blame entirely to his successor. “What Joe Biden has done with Afghanistan is legendary. It will go down as one of the greatest defeats in American history,” the former Republican president jeered.

Meanwhile, Secretary of State Antony Blinken has tried to dismiss comparisons to the fall of Saigon in 1975. “We went to Afghanistan 20 years ago, with one mission in mind, and that was to deal with the people who attacked us on 9/11. And that mission has been successful.”

But staying in Afghanistan indefinitely “is not in the national interest,” he added, recalling that the United States now seeks the means to counter China’s aggressive policy in the Pacific.

Beijing Takes Advantage of the Situation

“There’s nothing that our strategic competitors around the world would like more than to see us bogged down in Afghanistan for another five, 10, or 20 years,” Blinken stressed.

China, which Washington considers its No 1 rival, has already begun to take advantage of the situation by way of an analysis published in the state-run Global Times. According to the newspaper, well-known for its nationalist tone, Afghanistan illustrates “the unreliability of U.S. commitments to its allies: When its interests require it to abandon allies, Washington will not hesitate to find every excuse to do so.”

Richard Fontaine, CEO of the Center for a New American Security, believes, however, that it is too simplistic to speculate that the defeat in Afghanistan will encourage Beijing to intervene in Taiwan, an island it considers its own, but whose defense is founded on American military support.

In fact, he thinks the opposite — that this costly withdrawal from Kabul could be seen by China as an indication of Washington’s determination to now refocus on the Pacific.

Fontaine also noted that the justification for America’s refocus on the Pacific may not pay off if attacks against the U.S., orchestrated in Afghanistan, resume, as the Taliban has never clearly broken ties with al-Qaida.