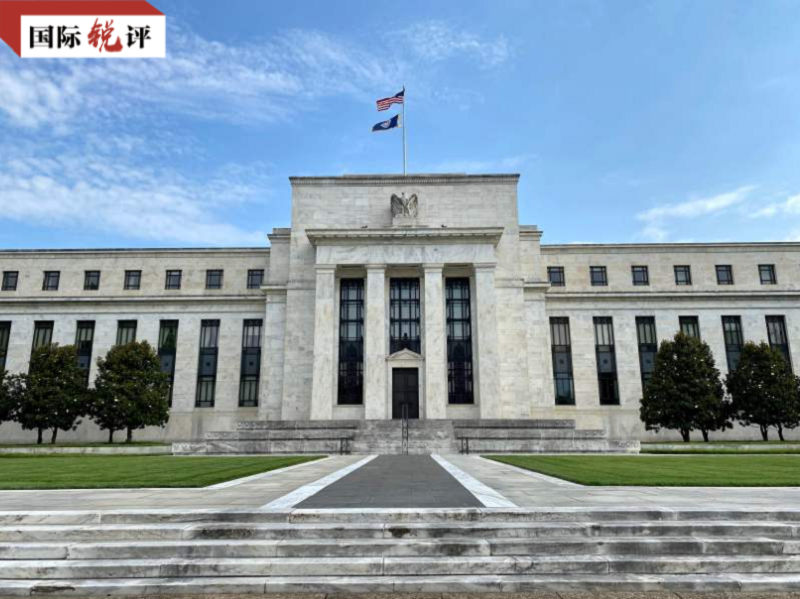 A recent report jointly released by three Chinese think tanks titled “America First?! The Truth about America’s Fight against COVID-19” points out that in response to the failure of the U.S. government’s pandemic prevention and control measures, the Federal Reserve has been indiscriminately issuing money, “flooding” the market to alleviate the crisis. If you were to rank countries by the amount of money issued, the U.S. would win the title of “leading nation for indiscriminate issuing of currency.” In fact, America’s massive injection of liquidity into the market is creating a negative spillover effect, and people all over the world will have to pick up the tab.

For some time now, the Fed has been taking unconventional steps to increase the monetary supply. The U.S. government and Congress passed a number of bailout packages, releasing trillions of dollars in new money. In the short term, these initiatives have somewhat stabilized the market, but the accompanying negative effects have to be shared by the rest of the world.

The U.S. is currently exporting inflation around the world. Dollar liquidity is an important driver of rising global commodity prices, putting pressure on business production and operation as well as on livelihoods in many countries. The glut of U.S dollars has triggered depreciation, leading to an increase in the price of commodities sold in dollars. An increase in global commodity prices has in turn pushed up the producer price index of various countries, resulting in higher production costs and operational difficulties for businesses. According to media reports, so far this year, the price of flour in Lebanon has risen 219% year-on-year, and the price of corn in Mexico has risen 60%. People in many countries around the world are facing a sharp rise in food prices.

At the same time, because the U.S. dollar is the world’s main reserve currency, it can move a lot of liquidity in and out of other countries. This has caused great uncertainty and instability in the capital markets of various countries, leading to turmoil in international financial markets. The International Monetary Fund warned last month that persistently high inflation data could lead the Fed and central banks of other developed nations to reassess the monetary policy outlook. Currently, the international community is watching closely to see when the Fed will reduce bond purchases and raise interest rates. Any shift in the Fed’s monetary policy, or even any hint of it, could lead to capital outflows from emerging economies, which would deal them a heavy blow.

Emerging market economies and developing countries have had to enact painful measures to deal with the spillover effects of the floodgates opened by the U.S. and other countries. Emerging market countries such as Brazil, Russia, Turkey and Mexico have all raised interest rates this year, even though doing so could stifle economic recovery. In Brazil, for example, the central bank announced a 100 basis point interest rate hike, the largest single increase since 2003. It was also the fourth consecutive interest rate increase by Brazil’s central bank. However, according to expert analysis, Brazil’s current gross domestic product is lower than it was before the deep recession of 2014. With current economic growth below its potential, monetary policy should have adopted stimulus measures.

In fact, excessive currency issuance has created problems for the U.S. itself, including soaring inflation and a widening gap between rich and poor. Data released by the U.S. Department of Labor on Aug. 11 showed that the U.S. consumer price index year-on-year growth rate in July remained at the same level as it was in June, with a 13-year high of 5.4%. This was up four percentage points from the end of the previous year. These days, the international media are full of ordinary Americans grumbling about the high price of goods. At the same time, wealthy people in the U.S. benefited from the stock market increase brought about by the excessive release of currency as their assets grew sharply. This offers a clearer picture of the social reality in America: the rich get richer and the poor get poorer.

At the moment, people all over the world are suffering from the pandemic. America’s excessive issuance of currency has placed additional economic and social pressures on countries around the world, and has also created greater hazards for global economic security. The world’s number one currency spammer is making the world suffer immensely! It should adopt a more responsible monetary policy and contribute to the recovery of the global economy rather than beggar-thy-neighbor strategies.