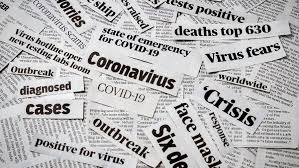 As a new wave of outbreaks caused by the delta variant continues to spread, the COVID-19 pandemic in the U.S. remains serious. Statistics from Johns Hopkins University show that as of Aug. 31, confirmed cases of COVID-19 had topped 39.2 million and the total number of deaths had exceeded 639,000. Both figures are the highest in the world. In the week of Aug. 23-29, there were 1 million new confirmed cases and 9,036 COVID-19 deaths in the United States. The current daily average number of patients who are hospitalized with COVID-19 now exceeds 100,000.

Medical resources are already in short supply in several U.S. states, especially those states with low vaccination rates. The New York Times reported that hospital admissions have surged nearly 500% in the past two months, with a large influx of patients overwhelming hospitals. This has highlighted problems such as a shortage of beds and medical staff and longer wait times. CNN reported that five U.S. states — Alabama, Georgia, Texas, Florida and Arkansas — have less than 10% capacity left in their intensive care units. Northeast Georgia Health Systems CEO Carol Burrell said that hospital beds are full, they are adding space in hallways and conference rooms and waiting areas, and “our emergency rooms and our urgent care centers are seeing higher volume than they’ve seen throughout this pandemic.”

In the midst of this situation, several U.S. states still do not require people to maintain social distancing or wear face masks, and some media and social media accounts are still spreading an anti-vaccine narrative. In many parts of the United States, when large-scale, group events such as music festivals are held, attendees are not required to wear face masks, causing the virus to spread faster. Some 203 people are confirmed to have contracted COVID-19 at the Chicago Music Festival, while at Seattle’s Watershed Festival, more than 160 people were directly infected, who in turn spread the virus to more than 10 counties, infecting more people.

Recently the outbreak has rebounded sharply in Florida, but Gov. Ron DeSantis still insisted on issuing an executive order banning the state’s schools from requiring students to wear masks. Mississippi has the second lowest vaccination rate in the country, with many people refusing to get vaccinated because of political pressure and misinformation. On Aug. 31, the school board of Locust Valley on Long Island voted to refuse to implement New York’s state mandate that all students, faculty, staff and visitors wear masks.* Numerous people on the internet expressed their outrage at the news on Twitter: “Such an idiotic decision. I’m so sorry for all the students, teachers and staff.” The Centers for Disease Control and Prevention Director Dr. Rochelle Walensky said that statistics have repeatedly shown that measures such as vaccination, mask wearing, ventilation and physical distancing can be effective in preventing the spread of the virus: “Unfortunately many schools have opted not to implement these recommended tools.”

Media analysis suggests that a string of systemic failures and even inaction from the U.S. government in its response to the pandemic has cost the United States the chance to slow the pandemic. Fox News commented that the U.S. government has done poorly in leading the fight against the pandemic, giving the public confusing and ever-evolving information about such issues as the need to wear masks and the effectiveness of vaccines. An article in Scientific American magazine noted that U.S. failures in fighting the pandemic included situations where politicians have dominated the release of information, making it difficult for experts to speak out; slow and flawed testing; inadequate tracing, isolation and quarantine methods; politicizing the wearing of masks and letting the pandemic exacerbate already existing economic and health inequities caused by structural racism.

Under the pressure of the pandemic, racial conflicts, the divide between rich and poor, political polarization and other contradictions within the United States have intensified, all kinds of social wounds which are difficult to resolve. Agence France-Presse has reported that U.S. employers already discriminate against ethnic minorities in employment and the impact of the pandemic has magnified the problem of employment inequality for minorities.

*Translator’s Note: The school board subsequently changed its policy after receiving a letter from the state education commissioner reminding them of the law.