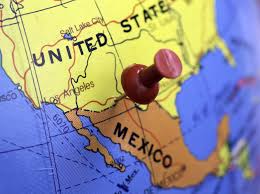 A judge from Tejas (yes, with a “J” for the sake of its history and its language) ruled that Joe Biden did not account for the economic benefits of the “Stay in Mexico” policy (Migrant Protection Protocols), which was hastily negotiated during the early days of the Fourth Revolution.

That Marcelo Ebrard accepted this program back in December 2018 was more like a practical joke by a new government, a magnanimous concession to Donald Trump that later became problematic. Furthermore, it was a humanitarian disaster. Consequently, Biden cancelled the program and allowed the reentry of those asylum seekers who had been able to hold out and wait for more than a year in Mexico, in very difficult conditions.

The judge’s argument was very simple and in accordance with the principles of “America first.” He stated that immigrants would use the health care and education resources of the U.S. and, obviously, it would be better for them to use Mexico’s so as not to burden U.S. citizens.

Well, not even a day after the U.S. Supreme Court announced that it supported the Tejano judge’s decision, the Mexican government demonstrated its willingness to enter into negotiations.

And to top it all off, according to President Andres Manuel López Obrador: “This is no longer merely judicial or legal matter; this is a moral matter, a human matter and a social matter.” The sentence is clear; it is a legal matter, and furthermore, it is a social, moral and human matter. But here is the critical detail: It is legal, according to the order of a judge in Tejas, supported by the U.S. Supreme Court. And that judicial order from another country will be “negotiated” with the Mexican government, “with all due respect” and with a knife at its throat.

In fact, the president already implied a possible path for the negotiations when he said in his morning press conference that “it is necessary to assist the United States with migratory affairs.” He continued: “Before, we wanted to solve the problem with shipments of attack helicopters. Why would we want that? We are hoping to already be done with the Mérida Initiative, and that all future cooperation will be geared toward economic development.”

For his part, Roberto Velasco, head of North American affairs for the ministry, affirmed that the error on the part of the U.S. Supreme Court, which ordered the reinstatement of the “Remain in Mexico” program, has no direct impact on the migratory process of the Mexican government, since national policy on the matter is made and executed in a sovereign manner.

Again, this is a critical detail. The U.S. considers that the sovereign migratory policy of Mexico doesn’t work as intended to stem the flow of migrants on the southern border, and as a result, Mexico must accept the immediate return of a large part of the flow of foreigners on its northern border, according to Title 42 of that neighboring country’s public health laws. And now, to top it all off, Mexico must accept asylum seekers as it did under the old program.

The Border Patrol captured nearly 160,000 migrants in July, indeed a very high number. Even more so considering that in previous months the figures came out to about 120,000. (Those numbers do not include the 60,000 Mexicans captured, on average, every month.) [NOTE 1]

If 150,000 migrants can pass through Mexico every month — among them, 15,000 minors — the message that spreads on the migrants’ social media is that there is no control, that it’s basically an open door. And this greatly exacerbates the situation, because it creates a “pull effect” that increases regional and international migratory flows. The U.S. response was predictable.

Rolling the dice with migratory policy can be complicated, since there is an outcome in which everyone loses. To begin with, the migrants lose who have to risk crossing over from Mexico, evading numerous dangers, and losing what little savings they have upon being deported en masse. The asylum-seekers lose because now they have to wait in Mexico. In the same way, the possible beneficiaries of immigration reform lose, among them the Dreamers, the special agricultural workers and millions of undocumented people. The towns along the norther border also lose; they have seen the pandemic worsen due to the arrival of tens of thousands of migrants, mostly unvaccinated, and they are unable to reopen the border.

Last, Ebrard and his political operatives lose, who took on a duty too complicated by the mixture of internal and external politics that they are not prepared, much less excited, to execute.

Everybody loses, but apparently nothing needs to be changed with respect to migratory policy, according to the ministry. We’ll see if the issue of migration goes back to the Ministry of the Interior.