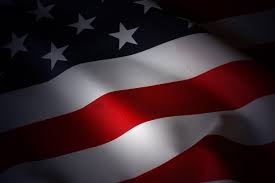 Of course what is happening in Afghanistan is Joe Biden’s fault.

Of course he is responsible for the actual chaos. He rushed through the withdrawal of American forces and failed to shoulder the consequences. But on the eve of the 20th anniversary of the 9/11 attacks, some background is called for so that we can understand that the current crisis is the result of important changes in the way Americans conceive their role in the world — to understand that what is happening in Afghanistan is also the fault of Osama bin Laden.

And to understand that, in spite of Donald Trump’s premature retreat from political life, the world is dealing with an America that is quite different from what it was before September 2001.

Let’s recap, if you will.

George W. Bush was president when his country was struck at its very heart by the terrorists of al-Qaida, then led by bin Laden.

The public enemy No. 1 of the United States and its allies had found refuge in Afghanistan. It went without saying that the Americans were going to attack that country. An international coalition was formed and war unleashed in October 2001.

But the Republican president did not stop there!

Inexperienced, manipulated by a team of hawks, he went after Iraq. That was one of the worst foreign policy decisions in the history of the United States — an absolute fiasco.

The war in Iraq showed the limits of American power, in addition to providing an impetus to jihadist groups. Islamic State — which just took over the Kabul airport — would probably not exist today had it not been for the Iraqi conflict.

George W. Bush said that he was convinced that “The best hope for peace in our world is the expansion of freedom in all the world.” In his eyes, that was the mission of the United States. This idea was, in particular, at the heart of his second inauguration speech, in 2005.

And yet, the failure in Iraq convinced Americans to the contrary.

It was, moreover, in part thanks to his opposition to the Iraq war that Barack Obama was able to become president in 2009. He gained in credibility on international questions because he had been one of the first to denounce the American intervention, contrary to nearly all of the political figures in the country, including Hillary Clinton, his rival for the Democratic Party’s presidential nomination.

By contrast, he agreed that the war in Afghanistan was just and that it was necessary to send reinforcements. (For a bit of history: His right hand at the time, Vice President Biden, didn’t look favorably on this idea.)

But in public opinion, the harm was done. Military operations abroad no longer had the approval of the majority of Americans.

There was further evidence of this in 2016. Trump campaigned by promising to put “America first.” According to him, even keeping troops in South Korea in order to assure the protection of that country and region was an absurdity if Washington was not paid for it!

One must remember: He was elected with such a platform.

After his victory against Trump, Biden asserted that his country was back. But this was not entirely true.

If the United States has returned to multilateralism — and that should be celebrated, and will enormously change things, most especially in the area of climate change — it no longer has any desire to play the role of police officer over the four corners of the world.

Unless their national security were directly threatened, it is difficult to see how the Americans might be convinced to leap into a substantial military intervention beyond their borders in the short or medium term.

That was true before the chaotic end of the Afghanistan operation. It has become all the more true since then.

According to a poll recently conducted for the CBS network, 63% of Americans agree with the withdrawal from Afghanistan. They bemoan the way in which that has unfolded, quite clearly, but on its merits, they support the underpinnings of the operation.

Now, for the Americans, the promotion of democracy internationally has its limits.

In sum, the fundamental nature of the relationship of the United States with the rest of the world has been altered by the events set in motion by the 9/11 attacks. The withdrawal of American forces is the reflection of that.

Outside the United States, the implications of this paradigm shift are yet to be assessed. Better to get used to it and adapt to it.

It will not change any time soon.

About Peter Lopatin 51 Articles
After retiring from a 25+ year career in corporate and business law some years ago, I became an ESL teacher, which I continue to do part-time. I am also a published writer of short stories, poetry, essays and book reviews. My love of the French language has been a constant and I have worked to refine my command of French over the years.