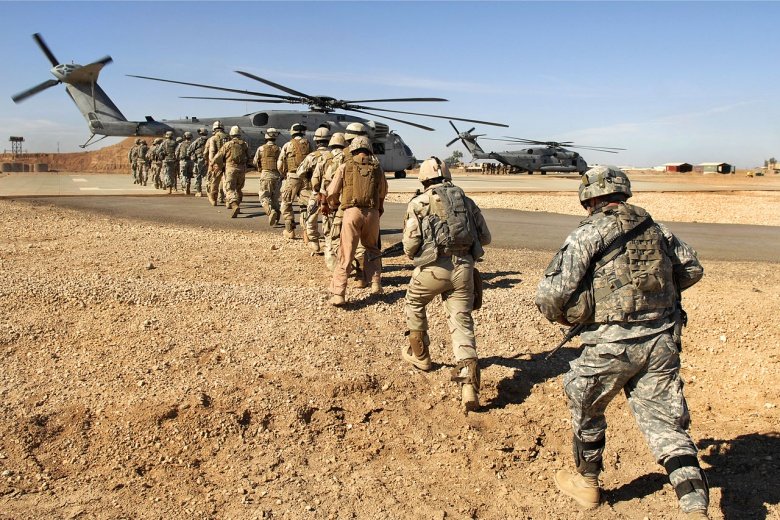 In 2001, the 110-story twin towers of the World Trade Center collapsed in a suicide attack by terrorists who hijacked civilian aircraft. For the first time in history, the lives of nearly 3,000 U.S. citizens were taken in an attack on the U.S. mainland by a foreign entity. Immediately following the attack, Americans’ rage against terrorism soared, and cars embellished with the American flag flooded the streets, showing their urge for retribution. At the time, I was able to feel in my bones that it was inevitable for the U.S. to wage a retaliatory war. But when President George W. Bush declared the “War on Terror,” I had a question for my American friends. Terrorism is akin to a virus; it occurs because the environment allows it to thrive. How, then, would a war be able to “surgically remove” it? The U.S. answered it by starting the war in Afghanistan, showing confidence that the War on Terror would last less than a month. Meanwhile, I warned my American acquaintances that while the War on Terror is an issue of utmost importance, letting it drag on for too long would result in unfavorable consequences.

The 20-year-long War on Terror finally ended by the withdrawal of U.S. troops from Afghanistan in late August, leaving a deep scar on American pride. The U.S. invasion has virtually failed to eradicate the al-Qaida base. Even after providing astronomical amounts of financial aid to Afghanistan, the U.S. was unable to establish a sustainable democratic government and had to leave empty-handed. With the Taliban returning and U.S. influence having been weakened, Afghanistan is likely to become a hotbed of terrorism. America’s longest war in history has become a failed war that did not achieve its goal.

What’s even worse is that while the U.S. was exhausting its power in the wrong place toward the wrong goals, another country has built up its power and emerged as a potential challenger. The War on Terror will serve as an important historical example of how misguided strategic judgment by political leaders can do long-term damage to a country. Neoconservatives, who used to lead the political arena, claimed that the war would reinforce America’s status as a superpower by demonstrating its great power to the world. They have disappeared behind the scenes as Americans now are bearing the burden of their wrong judgment and suffering from its aftereffects.

Back then, neocons believed that the U.S. should actively intervene in foreign countries and set up many democratic governments throughout the world to protect its national interest. They argued that it was necessary to preemptively deploy U.S. military power overseas from the perspective of “offensive realism.” They thought that such actions were the duty of the U.S., a combination of American exceptionalism and expansionism.

However, American sentiment is moving in the opposite direction. The War on Terror failed to achieve meaningful outcomes, despite costs of more than $2 trillion and 2,500 deaths. Now, there is a widespread isolationist view that the U.S. no longer needs to act as the “world police” and should only care about its own economy and security. In fact, the U.S. does not need to have troops stationed abroad for its own security. It has, nonetheless, operated overseas military bases as a hegemonic leader of the developed world to protect its sphere of influence. That same country is now withdrawing or reducing the number of its troops from the Middle East and Europe.

A notable phenomenon is China’s opposition to the withdrawal, considering its constant history of criticizing the stationing of U.S. troops in Afghanistan. After the withdrawal of U.S. troops, Taliban-controlled Afghanistan will again be the cradle of Islamic terrorism. This will endanger the governments of secular Muslim states adjacent to Afghanistan. They might support the independence of Uighur Muslims in Xinjiang, if they also fall under the control of Islamic fundamentalists. This would trigger a separation movement most dreaded by the Chinese government. This is why China is in a hurry to intervene in Afghanistan, where the U.S. withdrawal has created a power vacuum. In particular, Chinese Foreign Minister Wang Yi has scheduled sudden visits to Central Asian countries and invited the Taliban’s second-in-command to Beijing.

International politics and geopolitics disfavor a power vacuum. The position vacated by the U.S. must be filled in by other forces. Recent movements by China signify that the border stability it has been enjoying started to dwindle with the withdrawal of U.S. forces, highlighting the paradox of geopolitics. As China now bears full responsibility for the region, it will have to prepare for a time of ordeal.