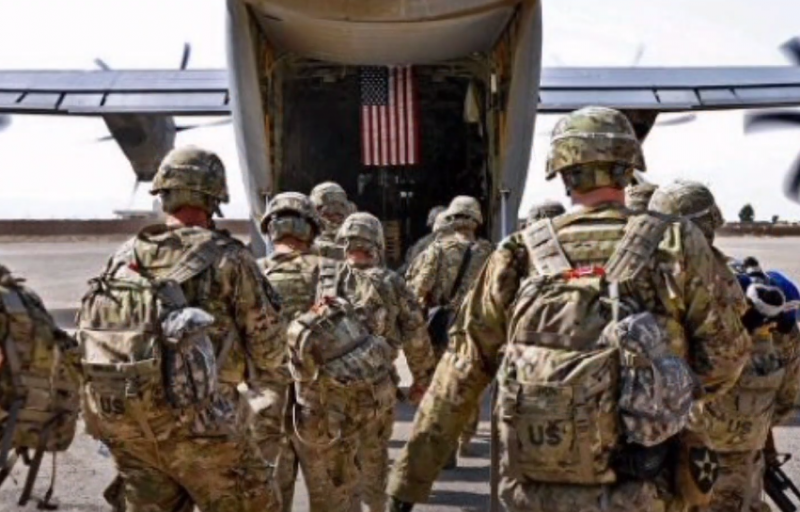 In the online discussions held on Aug. 24 by the leaders of the Group of Seven major industrial nations, including Japan, the U.S. and Europe, the differences in positions regarding the timing of the withdrawal of U.S. forces from Afghanistan were highlighted. The U.S. expressed its insistence on withdrawing its troops from Afghanistan by the end of August, but the Europeans, concerned about the negative impact on the evacuation of their own citizens, called for a postponement.* This was a sign of a crack in the G-7 cooperation that had been strengthened by its policies toward China.

“We are currently on a pace to finish by Aug. 31.” U.S. President Joe Biden made a speech at the White House on Aug. 24, emphasizing that the evacuation of Americans and others from Afghanistan is proceeding smoothly, and that the withdrawal of U.S. troops can be completed by Aug. 31 as scheduled.

The speech was planned to take place shortly after the online meeting of G-7 leaders on Aug. 24, but actually began about five hours behind schedule. Regular Pentagon and State Department press conferences scheduled for the afternoon of the same day were also canceled. This is rare turmoil in the Biden administration, which has developed stable diplomacy.

The reason for the turmoil is that Europe strongly opposed the withdrawal of U.S. troops at the end of August in the G-7 meeting. European Union President Charles Michel said at a press conference on Aug. 24 that “Several leaders during the G-7 meeting expressed concerns about this timing, Aug. 31.” A European official with knowledge of the talks said, “The policies of most of the participating countries and the U.S. were not in agreement.”**

In his speech, Biden explained that he had instructed the State Department and the Pentagon to develop an emergency response plan in case the evacuation of Americans did not end in August. He seems to have shown consideration for Europe by taking the approach of extending the withdrawal to the very end of August.

After the 9/11 terrorist attacks on the U.S. in 2001, NATO decided to invoke the right of collective self-defense, even though the details of the perpetrators were still unclear. In the history of NATO, which was founded in 1949, the Afghan war was the only one where the right of collective self-defense was invoked, but the turmoil after the fall of the capital highlighted the uncertainty of the unity between the United States and Europe.

Biden has appealed for an emphasis on international cooperation since shortly after he came to power in January. In the joint statement of the G-7 summit held in the U.K. in June, Mr. Biden clearly stated, “We underscore the importance of peace and stability across the Taiwan Strait, and encourage the peaceful resolution of cross-Strait issues.” The G-7 leaders also agreed on the importance of human rights and democracy and sought to counter China, but their differences over Afghanistan brought G7 cooperation to a halt.

It is unclear whether the evacuation from Afghanistan will continue smoothly. According to U.S. media, CIA Director William Burns had a confidential meeting with Taliban leader Abdul Ghani Baradar in Kabul on Aug. 23. He is believed to have sought help from the Taliban over the timing of the withdrawal of U.S. troops and to ensure that Americans and Afghans could continue to smoothly leave the country.

Meanwhile, according to U.S. media, a Taliban spokesperson indicated at a press conference on Aug. 24 that Afghans will no longer be allowed to access the airport. There are reports that Americans are also finding it difficult to travel to the airport. The Taliban is not ready to cooperate with the U.S., and it is highly likely that Burns’ contact with the Taliban came to naught.