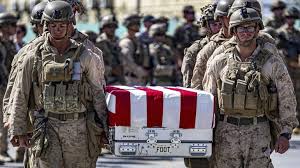 After the 9/11 terror attacks of 2001, the U.S. justified its presence in the Middle East under the guise of a “war on terror.” Since that year, the U.S. has participated in a number of wars in the region, all of which have carried a high price. Between 2001 and 2019, the wars in Afghanistan, Iraq, Syria and Pakistan cost the U.S. $6.4 trillion.

Now, the U.S. intends to completely withdraw its forces from Afghanistan by the end of August.* The decision to withdraw was made by former President Donald Trump, and President Joe Biden has implemented the policy. This decision has not been met with praise as Biden expected, but has in fact resulted in heightened criticism of him both in the media and from politicians. Yet 20 years of U.S. presence in the region has exacted a heavy toll from both the U.S. and Afghanistan.

The War in Afghanistan Has Had the Highest Price for the US, Both in Terms of Money Spent and Human Casualties

According to the Associated Press, a Defense Department report released in 2020 showed that the total cost of the war in Afghanistan came to $815 billion over 20 years.] This includes operational costs for the U.S. Army in Afghanistan for things like fuel and food all the way up to weapons, ammunition, Humvees, tanks, armored cars and aircraft carriers. Unlike other engagements in U.S. history, Washington has borrowed extensively to fund its war in Afghanistan, having paid around $530 billion in interest on these loans to date. Additionally, $296 billion has been paid to cover the medical costs of those wounded by the war, soldiers who will continue to receive payment for years to come.

Although in the beginning, the U.S. entered Afghanistan with the goal of countering terrorism by going to war with the Taliban and al-Qaida, the U.S. and NATO quickly pivoted toward nation-building on a massive scale, a mission without an end. According to the special inspector general for Afghanistan reconstruction, Washington has spent more than $143 billion on this project since 2002. Some $88 billion of this was allocated to training and equipping the Afghan military and police, $36 billion was spent on reconstruction, education and important infrastructure such as dams and roads, $4.1 billion was spent on humanitarian aid and $9 billion was used to fight drug smuggling, particularly trafficking of heroin and opium. Two weeks ago, Brown University released a comprehensive study that estimated the total amount that the U.S. has spent in Afghanistan over the last 20 years at $2.26 trillion.

During the same period of occupation in Afghanistan, official figures for U.S. military casualties show that nearly 2,500 service people were killed and 20,000 were injured. These numbers don’t include military contractors or special forces members who were said to be serving on U.S. bases outside of Afghanistan for security reasons.

The Cost of the US Withdrawal from Afghanistan

Currently the U.S. is proceeding with its withdrawal from Afghanistan during a time when all of its important projects there have either been defeated or abandoned before completion. Many analysts believe that the U.S. withdrawal from Afghanistan will kick off a civil war that will wipe away what remains of the half-baked U.S. accomplishments in education, women’s rights and health care.

Corruption among U.S. soldiers, a lack of oversight on financial exchanges, the corruption and weakness of the central government and American disinterest in building a stable, democratic Afghanistan have all led to an uncertain future for this country in the days ahead. If the U.S. had stayed in Afghanistan, it would have had to continue to fund its presence there, but even now that the U.S. has left , it will still have to pay a high political and international price.

Like all other presidents for the last 20 years, when Biden took office he inherited the war in Afghanistan, and he had to make some tough decisions His choices were complicated by Trump who spoke about how ineffective the U.S. was in Afghanistan, as well as by Biden’s own desire to pull U.S. troops out of the country. Therefore, Biden had three options: Adhere to Trump’s agreement and withdraw all troops by May 1; adjust Trump’s agreement, keeping to the decision to withdraw but extending the deadline and making it conditional on some sort of political agreement between the Afghan government and the Taliban; or completely reject Trump’s agreement and keep U.S. troops in Afghanistan indefinitely.

Biden opted for a combination of the first and second options, meaning that he stuck to the commitment to withdraw U.S. troops no matter what happened, but he extended the timeline for withdrawal by four months. Nevertheless, this decision generated a strong backlash. Both the media and politicians have objected to the decision and hold Biden responsible for the consequences .

The Final Price for the US at the Kabul Airport

The final toll on the U.S. occurred during the ongoing withdrawal and once defeat had been accepted in the 20-year-long war in Afghanistan. Among the physical and political prices the U.S. paid during its final days in Afghanistan was the death of 13 American soldiers at Kabul airport, added to America’s humiliation on the world stage and the lost confidence of many nations about how reliable the United States is. Today is the last day set by the Taliban for the U.S. to withdraw its troops and those of its counterparts.* Starting tomorrow control, of the Kabul airport will pass to the Taliban. Now the discussion in the world press and in political circles will turn to whether the Biden administration and its European allies should formally recognize the Taliban government or not. Afghanistan is on the verge of a massive transformation. Going forward, it is certain that neither Afghanistan nor any other nation for that matter will count the U.S. as a trustworthy partner any longer.

On Sunday, the Taliban announced that a U.S. drone had attacked a home in Kabul, killing nine members of a single family. The U.S. claimed that it was targeting members of Islamic State Khorasan, but it has since become clear that six children died in this attack. Afghan reporter Muslim Shirzad made contact with a man whose family members were killed in the attack, and the man said that he lost his six children, his mother, cousin and two other family members. One of the victims, Zemarai Ahmadi, worked with the U.S. forces. Another, Naseer Nejrabi, was an officer in the former government’s security forces in Kabul.

*Editor’s Note: Withdrawal of U.S. troops from Afghanistan was completed on Aug. 30.