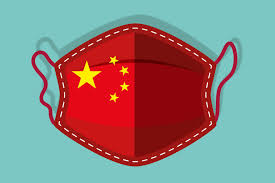 The U.S. released an investigative report on the origins of COVID-19 on Aug. 27. The report by the U.S. intelligence agency failed to address two questions: whether the virus leaked from a laboratory in Wuhan, Hubei Province, China, and whether it was transmitted from animals to humans. The U.S. has taken the position that it requires additional investigation and is increasing pressure on China. China, on the other hand, vehemently rejects the report, saying it was fabricated, and has accused the U.S. of issuing a completely political and false evaluation that lacks the slightest trace of science or credibility.

US: Further Investigation Needed on the Origin of COVID-19

The U.S. media showed strong interest in the report. A few days before its release, the press reported that the study did not draw any definitive conclusions. The U.S. media have acknowledged that further investigation is needed, rather than ending the debate over the origins of the virus.

President Joe Biden directed the intelligence community in May to issue a report on its investigation within 90 days. Although the report stated that the virus “was not developed as a biological weapon,” one intelligence agency concluded that it was likely that “the first human infection with the virus was the result of an experiment in the virus laboratory or an accident while handing animals.”**

The New York Times reported on Aug. 27 that the FBI supported the laboratory leak theory, according to current and former officials.

Former Secretary of State Mike Pompeo pointed to the laboratory leak theory, noting a substantial amount of evidence in its favor. However, the report, which failed to draw a definitive conclusion on such a theory this time, pointed out that “China’s cooperation mostly likely would be needed to reach a conclusive assessment of the origins of COVID-19” because of the lack of evidence. The report criticized China for not cooperating with the World Health Organization’s investigation.

Biden declared, “We will do everything we can to trace the roots of this outbreak.” He has stated that he will put pressure on China in the future to find out the truth, and the investigation is expected to continue in some form.

On the other hand, Michael Worobey, an evolutionary biologist at the University of Arizona, told NPR on Aug. 27 that “this is an intelligence community report, not a scientific report,” and reiterated the need for a report to be prepared by scientists.

In any case, China’s cooperation in some form is likely to be needed, but the outlook is not bright. The Wall Street Journal, which reported on the contents of the report before its release on Aug. 24, wrote about a senior official in the Biden administration who held a negative view about the situation “We don’t have a silver bullet to get China to open up,” the official said.

However, CNN reported on Aug. 5 that ODNI obtained data containing genetic information on virus samples that had been studied at the virus laboratory. It is unclear how much of the data was reflected in this report, but future analysis may lead to an elucidation of the origin.

China vehemently rejected ODNI’s report on the origins of COVID-19, calling it fabricated. In a statement released on Aug. 28, Vice Minister of Foreign Affairs Ma Zhaoxu said, “It is a mendacious report made up for political purposes. There is no scientific basis or credibility in it,” and revealed that he had forcefully told the United States so.

China believes the U.S. investigation into the origin of COVID-19 is part of a “pressure on China” campaign and that the U.S. is politicizing the issue. The People’s Daily, the official newspaper of the Central Committee of the Chinese Communist Party, published a commentary on Aug. 30 titled “Elucidation of Political Origin Is Blocked in All Directions.” It accused the U.S. of “slandering and attacking China without regard for science and facts.” It claimed that “the aim is to use origins tracing to shift blame onto China and spread the political virus.”

In a phone call with Secretary of State Antony Blinken on Aug. 29, State Councilor and Foreign Minister Wang Yi urged the U.S. to stop politicizing COVID-19 origin tracing, saying it is “a political burden left by the former (Trump) administration.”

Ma also emphasized that “the deployment of the intelligence community in origins tracing is in itself a compelling evidence of the politicization of the issue.”

The Chinese media is emphasizing the “failure” and “suspect nature” of the U.S. response to COVID-19. The U.S.’s failure, as reported by China, is that COVID-19 has caused the largest number of infections and deaths in the world. Xinwen Lianbo, a daily news program produced by China Central Television, continues to report extensively on U.S. COVID-19 infections situation every night.

As for the “suspect nature” of the U.S. response, the U.S. Army Medical Research Institute in Maryland and the University of North Carolina have been singled out. For example, Chinese media have widely reported that the U.S. Army Medical Research Institute stored data on bacteriological warfare by the former Japanese Army unit 731, and was (temporarily) closed due to a serious safety accident in 2019.

The Chinese official in Geneva wrote to the director-general of the WHO, Tedros Adhanom Ghebreyesus, on Aug. 24, calling for an investigation of both facilities in the U.S. to clarify the origin of COVD-19.

China is waging a propaganda war against the U.S. Although China seems to be gaining a certain level of understanding domestically, it’s possible that China’s new “war wolf diplomacy” will further galvanize opposition overseas.

*Editor’s Note: The original language version of this article is available with a paid subscription.

**Editor’s note: Although accurately translated, this quoted content could not be independently verified.